Some people may be interested in studying abroad, but may have the image of gaining weight when studying abroad. Certainly, it is not uncommon to hear that as a result of a homestay while studying abroad, he gained 5 or 10 kilograms when he returned to Japan. When I was in the second year of high school, I also studied abroad in the United States for a year. And I think it has increased by about 8 kilometers.
Here, I would like to talk about what was the cause, based on the lessons learned from such a fat experience. 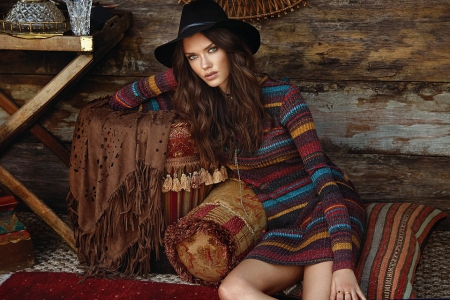 When you think of foreigners, you may have the impression that they are tall or have a large physique. Certainly, Japanese people are generally said to be petite. The height is not that high, and the width is not large.
However, when you go abroad, you may be surprised at the size of the local people. In particular, many people are surprised by the large number of “fat people.” For example, in the case of the United States, depending on the region, many people thought that California, where I was, might be about twice as wide as the slender Japanese.
In other words, living in such a person makes me forever petite. In particular, Japanese people, even if they are a little fat, do not look bigger than Americans. Even though I gained weight, people around me said, “Oh, I’m not fat at all!” Therefore, you cannot feel that you are fat.

Some Americans think that they are dressed differently from Japanese people, such as wearing clothes that clearly show their body shape and flashy clothes, and wearing shorts even if they are a little fat. There may be. And no matter how fat you are, some people may find it very fashionable.
In the case of Japanese people, they are small in nature, and when they get a little fat, they often have no size and no choice of clothes to wear. Another aspect is that the complex of getting fat makes it impossible to dress fashionably.
But when you go to America, people of all shapes tend to dress fashionably. Even if you’re fat, you can stretch your back and walk straight, which makes you look nice. If you live in such a situation, you can feel confident in yourself and walk dashingly even if you get a little fat. By staying in that environment, when you come back to Japan, you may be surprised at the gap with your surroundings.

My Boyfriend Is A Black American! What To Be Careful About Sensitive Communication? 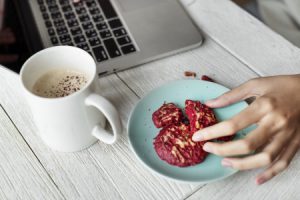 The high school I attended had a style in which the first hour started at 7:45 in the morning and the afternoon class ended at 2:15. And it was a 7-hour class with 4 hours in the morning and 3 hours in the afternoon. There is an hour lunch time in between.
I’m more of a night person, and no matter how early I go to bed, I can’t get up early in the morning. My host family told me to make my own lunch to bring to school, but I got up in time for the 7:45 class and I couldn’t afford to make lunch. It was.
Originally, for example, if I made sandwiches using vegetables well, there would have been no problem, but I could not afford it when I was at the last minute, so I have a peanut butter cracker that my host family bought for me. I went to school. Of course, I could have bought it in the cafeteria of the school, but it would be a considerable expense for an international student to buy it in the cafeteria every day, so I would like to take it from home as much as possible and do something with what I have at home. I was there.
In addition, if I overslept in the morning, I wouldn’t have time to have breakfast, so I would go to school with a peanut butter cracker, use it for lunch, and finally have a decent meal around 3 o’clock when I got home after class. That was not uncommon.

Eat a lot when you are hungry

Can you understand? If you don’t eat decently in the morning or noon and suddenly try to eat something at 3 pm, you will naturally eat a lot. However, if you eat a lot when you are hungry, it is a cause of obesity.
From now on, I think there was a way to make something for breakfast or lunch at night. However, it was a waste of time for international students, and eating was always secondary. Therefore, I think that the vicious cycle of putting off breakfast and lunch and finally eating a lot after getting hungry was repeated.
American schools are known for their early mornings, but if you think that you don’t have time to eat breakfast or make lunch, remember that there are ways to make it in the evening. Let’s keep it.

Food which makes you fat… 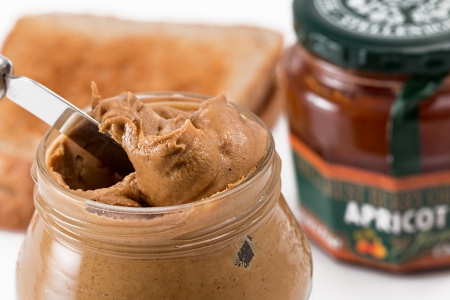 Speaking of American food, I think some people have the image that it is easy to get fat. And that’s right.
For example, sugar-free yogurt is easily available in Japan, but I don’t think I’ve seen sugar-free yogurt in the United States. Of course, you can find it, but general yogurt is flavored and contains a lot of sugar. What my host family often bought was the flavors of various fruits such as blueberries, strawberries and bananas. I really wanted to eat something that wasn’t sweet, so I asked him to buy vanilla-flavored yogurt, but it was still sweet.
Also, many people may know the green tea named Arizona. A woman wearing a kimono in an emerald green package is a well-known drink in the illustration. It is famous for the fact that Japanese people who want unsweetened drinks are confused by the word “green tea” and buy it, and the sweetness makes them utterly disappointed.

Needless to say, the amount of food is also different from Japan. For example, if you go to McDonald’s, there is no Japanese S size. Be aware that the Japanese M size is the American S size and the Japanese L size is the American M size. In other words, if you buy L size Coca-Cola etc. in the United States, it will be ridiculous.
Bags such as potato chips are not comparable to Japan. If you eat one bag, you will get more than 1,000 kcal. And such sweets are cheap and are found in many homes. There are various sweets in the host family’s house, and many people have the experience of losing the temptation and eating them.
As a result, I often think I’m hungry and end up eating too much of these sweets and gaining weight. 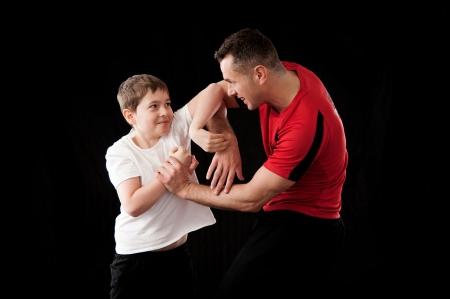 When I hear that homestays while studying abroad make me fat, I think many people think that they should be careful. However, if you really want to enjoy your homestay, you will inevitably gain some weight.
While studying abroad, for example, the host family buys dinner at the supermarket on the way home from work, the dinner time is late due to the host family’s convenience, there are no vegetables in the refrigerator and you have to eat only carbohydrates, etc. Force majeure may occur. At that time, if I said “I don’t want to get fat if I eat this kind of meal”, I can’t really enjoy studying abroad.
When you are young, even if you gain some weight, you can quickly return to it. Therefore, it is important not to think “what to do if you get fat” before going to study abroad, but to think “if you get fat, let’s lose weight after returning to Japan”.