I live in Beijing, China. At the end of 2017, I experienced pregnancy and childbirth in Beijing. While I was pregnant, I never returned to Japan, and my mother came to Beijing for a few days after giving birth. I was worried about pregnancy and childbirth when I didn’t understand Chinese, but I could experience something that I couldn’t do in Japan, and I thought my vision expanded. Here, I will talk about the troubles I experienced during the pregnancy checkup.

Transfer to another hospital from 24 weeks 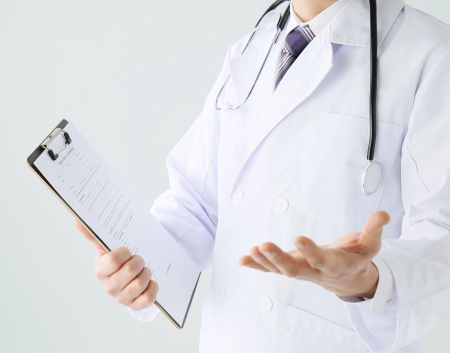 I was planning on a nearby hospital at first…?

The obstetrics and gynecology department I have been attending since the 8th week of pregnancy did not handle childbirth. Of course, I was on the premise that I would be transferred to a nearby hospital from 24 weeks, so I knew that.

The hospital that was initially said to “transfer to give birth” was very close to the hospital that I had attended since 8 weeks, and there was no particular concern. The first hospital I went to was so good that I felt that it would be safe if it was affiliated with that hospital.

Did the hospital change suddenly change?

However, when I was examined for 20 weeks, my doctor told me that I would be transferred to a different hospital. The hospital was so far away that it would take 40-50 minutes by taxi from home just looking at the map.

I did not hear such a story, and when I heard the story in detail that it would be troubled to say such a thing suddenly, I was told that I recently changed the partner hospital. This is often the case in China. Often, nothing was said at that time, but suddenly the story changed drastically, “Because the contract changed” or “The situation changed”. It was the same feeling at this time.

Because we don’t have a car, we can either send it to a friend or catch a taxi when we have a labor pain. I was very worried whether I could take a taxi for nearly 40 minutes during the labor pains.

My doctor came with me

When I was transferred to a new hospital in 24 weeks, my doctor came with me. The hospital to be transferred to is a hospital named International, which is equipped with NICU, and I feel relieved only that it is perfect as a facility.

Because of the prolonged examination that day, the attending physician returned home. I liked my doctor very much, so I remember being very lonely when my doctor told me “You will come to the hospital here after the next checkup.” When I said goodbye, my doctor embraced me and said, “Okay, if you have anything, please contact me at my hospital or anytime.” My anxiety was so encouraging that my doctor’s words were encouraging.

Disadvantages of Japan I Realized After Living in New York 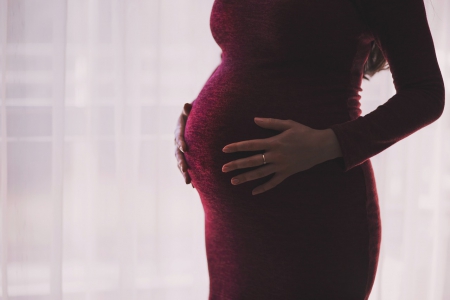 ”Which do you prefer, a Chinese doctor or a foreign doctor?”

However, the Chinese doctor who spoke in the examination room could hardly speak English. My anxiety peaked in the doctor’s office because there was anxiety and frustration at the sudden transfer. I don’t understand where I asked the question, but I wrote a kanji so hard that I answered it in Chinese and I felt desperate. The doctor felt angry at the receptionist that he could not speak English.

The test result cannot be communicated

In fact, there was a test for gestational diabetes that morning. It was called OGTT, and it was tested to measure blood sugar levels 1 and 2 hours after drinking 75 grams of glucose-dissolved water. It was said that it took time to get the test result, so I would call you when I got the result. As a result, I found out that I tend to have gestational diabetes.

In fact, the cost of pregnant women’s screening and childbirth in China is packaged. All pregnancy checkups from 10 to 40 weeks (birth) are packaged and paid at the beginning, so every pregnancy checkup will not cost you money unless you test + α. However, the 24-week medical checkup was taken the day before, and a separate charge would be incurred if a foreign doctor is seen again.

I thought that it would be inevitable if it was an expense for my child who I hadn’t seen yet, “If I knew Chinese doctors could not speak English, I chose a foreign doctor from the beginning.” I felt that it was only possible. ”I felt distrust at the hospital. If you chose a foreign doctor from the beginning, you would have been introduced to a doctor who could not speak English saying “ I can speak English ”, which would have been explained properly in English, so extra expense occurred It was. Certainly, it wasn’t a questionable amount, but the expense I could have prevented and the stress that I had to go to a distant hospital for that was substantial for me in the second trimester . 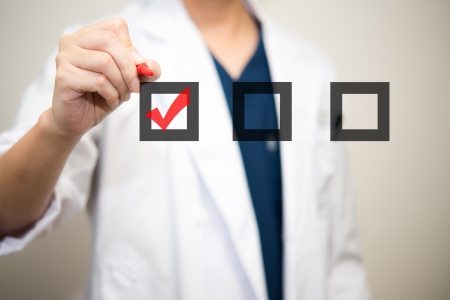 Immediately after a Chinese doctor told me to “see a foreign doctor”, I made an appointment with the foreign doctor and my husband and I headed to the hospital the next day. And when I entered the doctor’s office, there was something unexpected.

The foreign doctor was French and the doctor was not very good at English. I was angry that there was no doctor who could speak English properly, saying that it was an international hospital, but my husband could speak French a lot, so I decided to have a conversation with my husband.

And the foreign doctor said, “If you have gestational diabetes, you have to talk to a dietitian because you are not in your jurisdiction.” Moreover, he said, “Today I will come again tomorrow because there is no dietitian.”

I had to go to the hospital for three days in a row, but it was a lot of stress, but I had to go there, so I went to the hospital again on the third day. At that time, I was able to talk with an Israeli dietitian and she was good at English, so I feel relieved.

But the problem was that she was also pregnant and about to give birth. One week later I was to see the doctor again, but she told me that if I had a childbirth etc. and I couldn’t see it, I would tell a French doctor in the Department of Obstetrics and Gynecology to see me. Talk to a human teacher. ” The French teacher was a foreign doctor who said the previous day, “I am not in my jurisdiction”.

Talk was not communicated

So this time, a Finnish woman who works for customer service for foreigners came, listened to us, and contacted Israeli teachers. “I’m sorry,” he made an appointment with another dietitian. Since there was a Chinese dietician and a Japanese doctor in the internal medicine, a Japanese doctor was present as an interpreter.

This French doctor became my doctor after this and was really taken care of until childbirth. I thought it was okay at first because of language problems, but I thought I was able to communicate properly with my husband interpreting where necessary.

This trouble was very stressful, and in fact I couldn’t wipe out my distrust for a while. However, in reality, there is no problem with the staff, and each person is a very good person, but I think that the problem was the lack of coordination.

Pregnancy and childbirth in an unspeakable environment can be a big stress for pregnant women, even though they have chosen it. It ’s all about me, but it ’s the life of a hungry child, so I ’m more worried than usual. Certainly, since it is an “international” hospital, there are various ways of thinking, but because it is an “international” hospital, I felt that it should be flexible.