There was a time when exchanging letter was popular. We call the correspondence partner pen pal or pen pal. Recently, however, the spread of the Internet has made it more common to send mails rather than send letters. There are also many people who use SNS to communicate with each other. For this reason, email and social networking partners are sometimes called pen friends and pen pals. There are people who want to interact with foreigners to improve their English. Here we will explain how to make such pen pals.

Better be somebody you already know 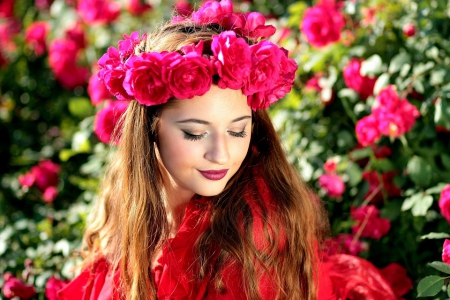 Go to see somebody yourself

If you want to exchange e-mails and SNS with people from overseas, those who know directly or have spoken directly are the safest. There are also bars and English conversation cafes where foreigners can easily gather, so exchange contact information with people you meet in such places and become a pen pal.

Certainly, it may not be easy to make foreign pen friends in Japan. However, there are foreigners in Japan, so it is very important to go out to meet yourself. Let’s go to a place where foreigners can easily gather.

Have somebody introduce their friends

If you find it difficult to move from yourself, but you have friends who you know a lot from foreigners, you can ask them to introduce their friends. For example, if you want to study English or learn about foreign cultures, you can introduce foreigners who are likely to be friends by talking to friends who know them.

Certainly, in the case of correspondence, you have to give each other’s address, so some people may feel like they have to tell their privacy about the person introduced. However, since hurdles are not so high for e-mail and SNS, there is an advantage that it is easy to talk with strangers.

You gotta be careful which one to choose

Needless to say, you need to be careful when meeting someone you don’t know. Due to the increase in the number of people who want to make foreign pen friends, recently there are bulletin boards that recruit such people. However, even if the bulletin board was originally made for a good purpose, there are not a few people who abuse them.

There is nothing wrong with having an unobtrusive conversation on the Internet with a partner who doesn’t know your identity, but if you know your personal information, you can’t say that you might get into trouble. Therefore, it is safer to avoid encounters on the Internet.

Complaints from Diplomats toward Those who Come from Japan!!

Finding a boyfriend or girlfriend

Be careful with different sex people

Recently, many people want to make foreign partners as well as pen friends. I’m married to a husband from Europe, but because of such influences, a friend from high school told me that her sister wants an international marriage and she wants me to introduce someone. Just because I had a friend from Southeast Asia who was interested in marriage with a Japanese woman, I thought that he could speak Japanese and it might work out but she didn’t like it because she wanted her sister to marry a Caucasian guy.

Don’t go out just because you want to practice language

Sometimes, when you are approached by a foreigner, you don’t really want to get along but you feel you might learn English or improve your English by dating them. You will certainly be able to study English because you will be interacting via email and social networking with other people you are surely dating. However, such consciousness could cause troubles. It is not possible to become a pen pal like that.

This is because even if you know that you are dating to study English, your partner may be raising their awareness that they want to marry you. It is extremely dangerous to have such a relationship, especially if your partner has a commitment to “marry a foreigner” or “want to marry a Japanese woman”.

You are the one to protect yourself

In any case, if you keep in touch with someone, you must take responsibility for your actions. And it ’s up to you to protect yourself.

If you want to exchange e-mail or SNS with foreigners, or want to make a pen pal, make sure you know who they are. And if you feel uncomfortable after you become friends, it is important to deal with it before you get involved in a major trouble.