I live in Thailand. Thailand is one of the most well-known countries in Southeast Asia, but it may not be the country that comes to mind when you think about traveling abroad. But I think Thailand is a wonderful country. If you are traveling abroad, why not try Thailand? Here, I would like to talk to travelers about Thailand’s security, temperature, and time difference. 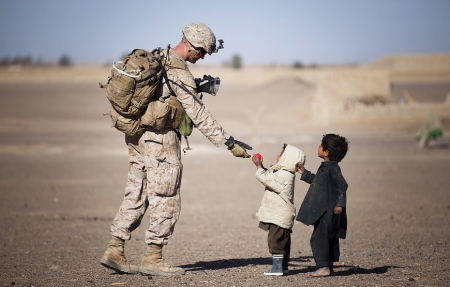 Thailand is a military junta

Currently, Thailand is in the military junta. Moreover, it is a government formed by a coup d’etat that is unthinkable in Japan. However, the great thing about Thailand is that it doesn’t make you feel that way at all. One Japanese expert said, “Because Thailand is a military government now, security is good, policy decisions are quick, and it should be rather welcomed.” think.
Thailand is a very safe country. Danger is limited to certain prefectures and some areas, yet it is dangerous during the night, not during the day. It’s dangerous in the middle of the night, not just in Thailand, but in any country. Whether I live or used to live, Thai people in pajamas are shopping at convenience stores, even at midnight.

About 10 years ago, I had my laptop stolen at Starbucks. At that time, I was frustrated and resented the Thai people, but I also regretted my carelessness. Because I went to Starbucks alone, I went to the bathroom with my computer on my desk.
But now, if I do the same thing, I don’t think my computer will be stolen. There are surveillance cameras here and there, and Thais feel much richer than before. Rather, Japanese-made personal computers are not uncommon. Even if I actually go to the same Starbucks alone, I often see Thai students going somewhere with their computers on their desks. It is a scene that would not have been possible before.

You have to be careful!!

Of course, be careful. Especially in the case of travelers, it is necessary to be careful because some people seem to have money, but it is not necessary to be wary of such an unsafe country.
However, the area near the border with Malaysia, centered on Pattani Province, which is said to be in the deep south, is really dangerous, so it is safe not to go unless you have a good reason.

Vocabularies Which Changed Foreign Men Changed My Husband From Nepal 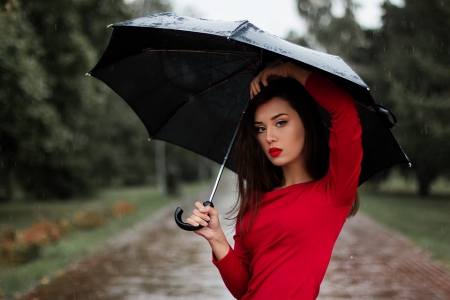 Is it hotter of the hottest?

As many know, Thailand is a hot country all year round. Earlier, when I asked a Thai friend, “Thai season is the dry season and the rainy season, isn’t it?”, He said, “No, it’s Hotter or Hottest.”
Relatedly, he asked, “Do you know why there are big shopping centers everywhere in Thailand?” And I answered, “Isn’t it because it makes money for foreigners?” However, the correct answer was, “I hate walking outside because it’s hot outside, but if you have a shopping mall, you can walk indoors comfortably.”

April is the hottest season

Thailand is a country near the equator, so it is basically hot all year round. However, in general, it seems that summer is the hottest, but April is the hottest in Thailand. In Bangkok at that time, the temperature rises to 37 degrees and 38 degrees every day. Moreover, the temperature does not drop at night.
The water festival is held in mid-April, which is the Thai New Year, and I feel that this makes sense. To put it bluntly, December is a bit cooler at night, and it’s the beer garden season. It can be a little chilly, so it’s very interesting to see Thai people wearing them to their heart’s content. I even feel that I often have winter clothes.

From June to October, there is basically a lot of rain, which is called the rainy season. However, unlike the rain in Japan, this rain falls at a tremendous rate and ends in a short time. I think many people have heard the word squall. When it rains, I often take shelter somewhere and wait for it to stop. Therefore, umbrellas are rarely used on rainy days and are almost always umbrellas. 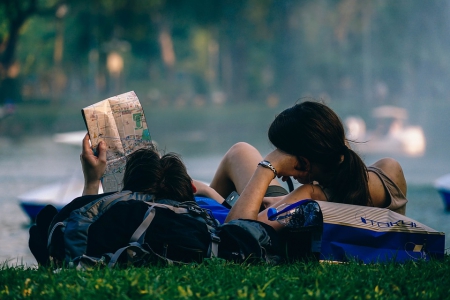 There is a time difference of 2 hours between Thailand and Japan. Since Thailand is on the west side, it is two hours behind Japan.
You can see why Japan is called Far East “Far East” by looking at the world map. In the world map of the world in general, Japan is in the upper right corner.

You have to think of time zone at the tele-conference

When I have an internet meeting with Japanese people, I often set it to 9 am, but I would appreciate it if you could think a little more. 9 am in Japan is 7 am in Thailand, which is really tough.
Also, if you are not aware of the time difference, the flight time will be difficult. The timetable and other information are listed in local time, but if you inadvertently forget about the time difference and do not set the time back on your wristwatch, it will be difficult. Especially when returning from Japan to Thailand, it is not uncommon to hear that the timetable is set to Thai time, but the wristwatch is left in Thai time, and the intention of preparing with plenty of time suddenly returns to me and panics. I am one of them.

Japanese May Focus on Effectiveness Too Much? Do You Really Respect the Feelings to Work? 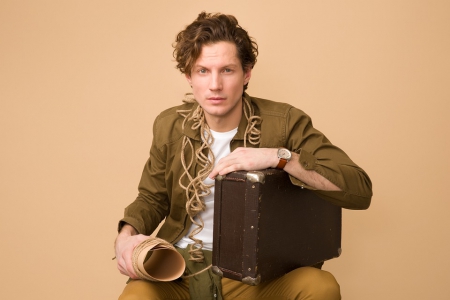