Do you know the country of Brunei? Most people know the location somehow but don’t know what the national situation is. That’s a small, small country with a population of 400,000 people living on 5770 square kilometers. I have traveled to Brunei to explore Southeast Asia, so I would like to share that with you. 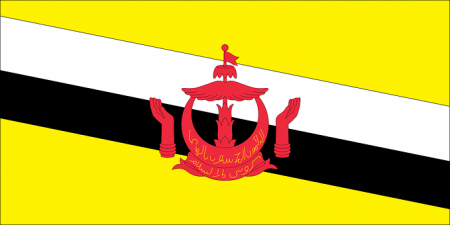 The official country name of Brunei means Brunei Darussalam, a peaceful land in Malay. The capital is Bandar Seri Begawan. It is a constitutional monarchy in Islamic countries, but the fact is that the king has great power. The good thing for tourists is that they speak English everywhere, sometimes in the United Kingdom. It is a very rich country because it has abundant resources such as oil and natural gas. Brunei is a small country located on the northern side of Borneo Island in Southeast Asia. Most of Borneo Island is Malaysia, so it is a country that is greatly influenced by Malaysian culture. 70% of the country is jungle of wilderness. The country is also characterized by a large number of descendants of the Iban tribe, also known as the headhunters of Borneo.

As I wrote above, Brunei is a rich country. The economy is said to be about 50% of Shimane Prefecture, but its gross national income exceeds Japan and is the second highest-income country in Asia after Singapore. Certainly, everyone was wearing good clothes, riding a good car and never seeing a homeless in the city. Prices are not much different from Japan. There are some differences in wealth and wealth everywhere you go, but they all look generous and have an atmosphere where crime is unlikely. Japan is peaceful in spite of its large population, but I was surprised if there was peace here as well.

The capital, Bandar Seri Begawan, has the world’s largest floating settlement. Its name is Kampong Ayer, with 39,000 inhabitants and one quarter of the city’s population. Floating settlements have the image of building a house on the water to prevent the poor from paying the rent, but here there are 42 villages and 4200 buildings, electricity and water And other infrastructure are in place. With gas stations, police stations, schools, etc., people live as if they live on the ground. Walking around the village is certainly large and it takes hours to walk all the way. The feature of this village is that the houses are decorated very cute and there are many houses that are likely to look like Instagram. I am very interested in seeing the inhabitants’ lives, and I personally recommend this floating village to be the most recommended place in Brunei. However, recently, many people have moved and the wood has decayed. The wooden path is also full of holes, and if you are a little careless, it will fall into the water. Really! Therefore, on the water, we are rebuilding a new house in the adjacent area, but like a tenement house, they all have the same design. Interest and personality have disappeared at all. . . Go see this wonderful floating settlement now before all the houses are decayed!

The number of obesity is top class in Asia. I think the main reason is that there is no food, Islam, transportation and entertainment. Regarding the meal, the taste is strong and the tongue irritates after the meal. Moreover, there are few vegetables and fruits, and most are carbohydrates or meat. Drinks are often sweet, and you can often find McDonald’s and dessert chains in town. Since religion is Islam, women do not exercise much, and Brunei has almost no public transportation, so everyone has to move by car. I don’t see many people walking. In addition, there is almost no entertainment. So there isn’t much in this country about singing calories with friends and singing calories, consuming calories in bowling, and dancing in clubs.

Don’t go to the beach

In Southeast Asia, most of the people have the image of a tropical resort with beautiful seas, but in Brunei Sea, where there is no coral reef, there is no sight of a deep blue sea and white sandy beaches. Sometimes it is Islam and sometimes it is not easy for women to swim in swimwear. However, if you really want to feel the summer on the beach and outside pool, why not go to The empire hotel? It is a hotel where the King’s family sometimes stays for recreation, but if you go here, you can enjoy a little resort feeling. The grounds are so large that you will travel with a golf cart. There are also tennis courts, cinemas, restaurants, private beaches (not particularly clean) and huge outdoor pools. As the name of the Empire is, it is a paradise where everything can be done only in the hotel with a structure like an empire. However, in terms of decoration, service, and excitement, the impression is still inferior to those of resorts such as Phuket and Bali.

Such a safe place!! 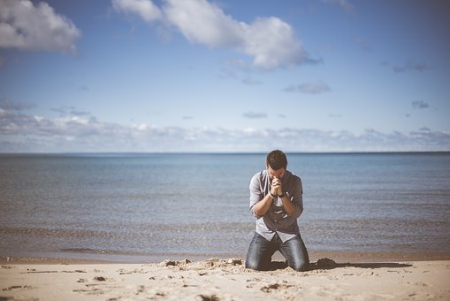 Overall, Brunei was a very peaceful country. However, because there is no play, those who came alone for sightseeing seemed to have a tremendous amount of time, and it is very doubtful what the people enjoy doing in their spare time. Anyone who likes the jungle and is interested in Islam may be obsessed with this country.