Speaking of Thailand, I think there are many people who think that the medical system is suspicious compared to Japan. Certainly, the difference between the rich and the poor is so great in this country that there is no doubt that there is a big difference among hospitals and doctors. But did you know that there is such a medical nation as there is a Medical holiday visa (stay visa for people who come to Thailand for medical treatment) to come to Thailand for medical treatment? So, as I live in Thailand, I have experienced what a top-class hospital in Thailand looks like, so I would like to report on it. 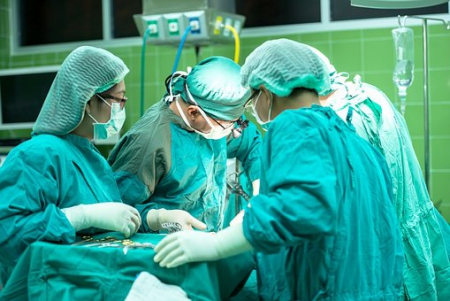 Bangkok Hospital is a top-class general hospital that is said to be one of the four major hospitals in Thailand, along with Summitibate Hospital, Bamrungrad International Hospital, and BNH Hospital. I used it several times, such as taking a medical examination at the company and going to get a cold medicine personally. There are many foreign residents such as expatriates in Thailand, and it is said that 60,000 Japanese people live in Thailand, and there is a lot of demand for hospitals with high medical technology.

Difference of level at the hospital

As explained at the beginning, there is a big difference between rich and poor in Thailand. Therefore, even if the treatment is the same, the price will vary greatly depending on the hospital. For example, childbirth costs. It costs less than about 70,000 yen at low-level hospitals in Thailand. At the medium level, it is about 150,000 yen or less. At a high level, it will be 200,000 to 300,000 yen. At low and medium level hospitals, of course, it is a little difficult for foreigners who do not understand Japanese or English to see a doctor because they do not understand Japanese or English.

What I was surprised 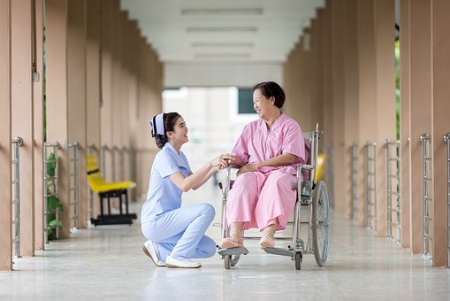 The appearance is also quite good, but when you go inside, it’s too beautiful and you can relax. First of all, a nicely decorated Starbucks will welcome you in front of the entrance. Escalators and elevators are everywhere, so you don’t have to walk much. In addition, drinking water bottles are everywhere and you can take them home for free. Following Starbucks, there are a lot of facilities such as Japanese restaurant, Indian curry shop, fruit shake shop, cafe, etc. so that you can spend enough time in the hospital all day long. There is no garbage like Disneyland, and I have never seen such a fulfilling hospital in Japan.

Everything seems to be luxurious

In many places, it makes me realize that this hospital is a high-class hospital in Thailand. First, a prescription bag. In Japan, it’s often in a thin paper bag, but at Bangkok Hospital, it’s a plastic zipper bag. You don’t have to go that far, it’s bad for the environment, and you’ll want to dig into it. What’s more, if you have several types of medicine, they will put them together in an overly solid paper bag with the Bangkok Hospital and logo. In addition, an attendant will guide you when you move from the Japanese Center to a different department. The hospital is so large that many people get lost. Even so, it’s completely exhausted.

The high examination fee seems to make me feel uncomfortable. I have overseas insurance, so my wallet is not sad, but it costs as much as Japan or more than Japan. In Thailand, where prices are one-third, such a high examination fee cannot be paid by everyone, of course. The company also conducts a medical examination once a year at Bangkok Hospital, but it is a general examination such as physical examination, eye, tooth, chest X-ray, blood test, but this is equivalent to 13,000 yen !! Many doctors and nurses can speak English and are likely to work responsibly, so it is definitely a more reliable hospital than the neighboring town doctors. But after all it is expensive.

Hospitals are supposed to be equal to everybody

As you can see, the hospital depends on the money. It is also a place where you can get a glimpse of the difference between rich and poor in Thailand. The inequality in life is annoying, but if you have a trip to Thailand and you need to be taken care of by a hospital, Bangkok Hospital is recommended because you can get a medical examination without any trouble.