At an altitude of about 3,400m, Cusco in Peru was once the capital of the Inca Empire. Therefore, there are many remains such as Machu Picchu around Cusco. Cusco is a popular tourist destination where you can enjoy both beautiful Spanish colonial streets and ancient Inca buildings. This time, I will introduce you to Cusco and Machu Picchu. 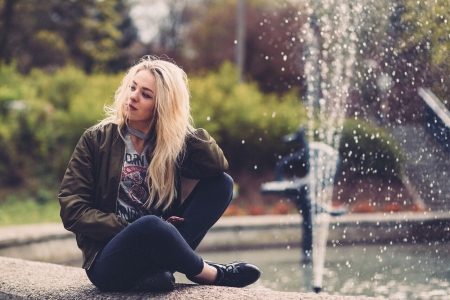 Cusco’s Old Town is registered as a World Heritage Site as a historical district. There are many cathedrals, monasteries, and churches in Spanish colonial architecture around the Plaza de Armas. The sculptures on the building were gorgeous, and just walking around the town filled us with satisfaction. Each building is lit up as it gets darker, so the beauty stands out even more at night.

There is a large white statue of Christ on the hill, and when you see it from the reddish brown city, you will be attracted to the white statue. I wanted to see the situation close by, so it was a walking distance, so I decided to go for a walk.
However, the destination is farther than expected, and the stairs to the hill will continue as you move forward and forward. Cusco’s altitude is high, so the oxygen concentration is low and you will soon breath out. I climbed up the stairs with a moderate break, and managed to reach the white statue of Christ. There was a superb view of the old city. From the top, the roofs of the buildings lined up like leaves, and tall buildings such as the cathedral appeared from the gaps. While watching such a scenery, I felt a sense of accomplishment that I climbed up the stairs from the city.

Cusco’s old town is a tourist destination, so there were many souvenir shops and restaurants for tourists as well as restaurants for tourists. When you sit on a bench, an alternative hawker will come. Handmade accessories are simple and cute, but I didn’t want to ride at first, but I bought them all together. The souvenir shop clerk are friendly and bring their products from around the store and show them, “How about this? Using the hair ornaments on the product, my hairstyle was arranged, and the mood of shopping was greatly enhanced. 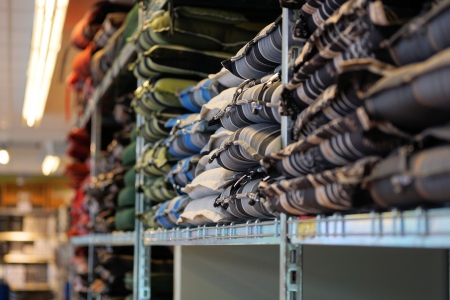 Tourists spend most of their time in the historic district, but many citizens spend their time in the new city. The first time I visited Cusco’s new city was unscheduled, and the bus I jumped on was actually bound for New City, so I decided to go sightseeing.

Cityscape with a feeling of life

The city is full of markets and very lively. There were many clothing stores, toy stores, electrical appliance stores, etc., and people were passing through narrow passages. There was a food court in the market and I ate ceviche with squid rings. Since Ceviche is a marinated seafood, I heard that it would be better to eat it in Lima, where the sea was.
Cusco New Town has a different atmosphere from the historical district, but it was a different culture, so I enjoyed sightseeing.

Machu Picchu in the sky 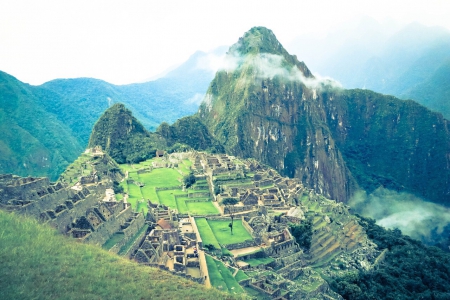 The purpose of Ichiban for sightseeing in Peru was to visit the Machu Picchu ruins. Cusco is a great stopover for going to Machu Picchu. We used buses and trains from Cusco to Machu Picchu Village. The village is at the foot of the Machu Picchu ruins, where people who go to the ruins and people who come back from the ruins come and go. It seems like a hot spring town in Japan, and hot springs are actually springing up. In the village, there were plenty of shops and lodgings for tourists, but it wasn’t a gorgeous feeling like a resort, but it felt somewhat old and nostalgic.

The world above the clouds

We went by shuttle bus from Machu Picchu village to the ruins. The bus stop was a long line from the dark in the early morning, but the bus was operated frequently and I was able to get in quickly. The bus departs when it is full and climbs up the mountain path. The sea between the mountains is a sea of ​​clouds, and the top of the mountain is floating and it is breathtakingly beautiful and fantastic. It was the world above the clouds, and I felt holiness that was separated from everyday life.

A scene that feels civilized

The Machu Picchu ruins have appeared in front of you as they were seen on TV and photos. Things that I have seen repeatedly, such as stone pillars and walls, stone steps in the gap, exist as real things, and I felt a little strange that I could walk around in them. .
A panoramic view of the Machu Picchu ruins can be seen when climbing the mountain near the entrance. Looking at the ruins from above, it was like a town where only a stone framework remains, and it seemed to look at the dollhouse before installing the furniture. When I placed my daily necessities in my imagination, it seemed to remind me of the lives of people at that time, and it was fun.
From the observatory, the Inca road continued toward the gate of the sun. Inca road was built during the Inca Empire. I walked a little because of the effort, and looked at the scenery that people who lived hundreds of years ago might have seen. It was a very good experience to feel the lost civilization.

You can spend a great time there!! 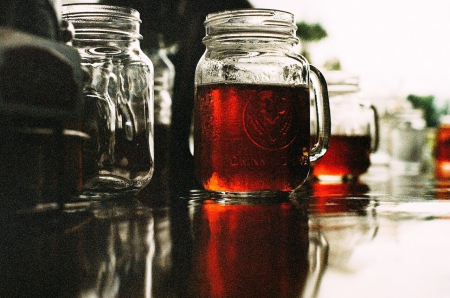 During my trip to Cusco, I was able to enjoy different views of the city by walking around the historical district and visiting the ruins of Inca. And Machu Picchu was impressed by the ruins that were more fantastic than the rumor, as rumors.
The trip to Percusco was a rich journey that reminded people of their lives.