Progress of education and difference of teachers and students 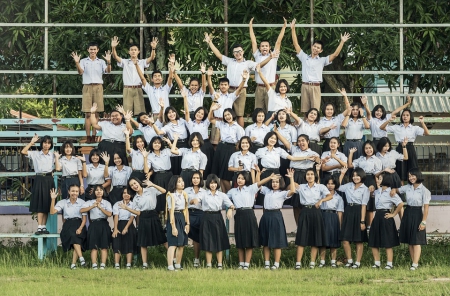 In both elementary and junior high schools in Thailand and elementary and junior high schools in Japan, elementary school is 6 years, junior high school is 3 years, and high school is 3 years. The major difference is the degree of achievement of that education. In Japan, almost everyone achieves compulsory education, while in Thailand, it is not enough in some areas. This tendency is particularly strong in coastal areas and prefectures bordering other countries in the east, west, north and south. For example, Saputprakhan Province, which faces the Gulf of Thailand near Bangkok, is a region where many immigrants come from Myanmar. , Education achievement rate is not good. In Thailand, in addition to these regional disparities, there are also large individual disparities. Recently, the problem of reduced academic ability in compulsory education has been well reported in newspapers as a social issue. On the other hand, elementary and middle school students from wealthy families in Thailand, like in Japan, go to cram schools to go to famous universities.

Also, regarding the attitude of the students, I have not grasped the current situation of Japan well, but in Thailand, the respect of teachers is much higher than in Japan. Most Thai elementary and junior high and high school students are very attentive to their teachers, who are the standard Thai wye (bow together). I think this is because the culture that respects the superiors is usually cultivated. In comparison, in Japan, teachers and students have the impression that, in a good sense, the distance is short, and in a bad sense, respect is not so high.

For example, in the case of Thailand, whether or not that is affecting the teacher’s dignity, even though the teacher is not so correct, it seems that Thai elementary and junior high school students first obey obedience. I’ve heard that story from a friend. In the past, I went to a Thai secondary school for a business trip education for a short time, but it was still very controlled. When the students lined up and listened to the teacher’s story, and when they were a little turbulent, they pointed out aloud, they felt calm, and it was clear that the teacher’s dignity was generally high. In particular, it was a bit interesting to have the squats made 10 times in a solidarity responsibility as a penalty for the class where there were even more buzzing members.

On the other hand, in Japan, my image is that junior high school students are generally cheeky and sometimes rebellious against teachers. Extremely, in the past, there was news in Japan that a student stabbed a teacher, but in Thailand I was very surprised. I think it’s because I can’t think so much. Not only in Thailand, but in many other countries around the world, there is Teachers Day, which is also in Thailand, where students give special bouquets to their teachers and show respect. Is not limited to small, middle and high schools. As I wrote earlier, teachers in Thailand have a high level of respect, but they are rather strictly done so that they can easily understand that. In Japan, there is no teacher’s day, and in my memory, there is no memory of the day when I gave a special tribute to the teacher, such as giving a bouquet. On the day of the graduation ceremony, I felt a bit lonely as I wrote my memories and thanks to the teacher. 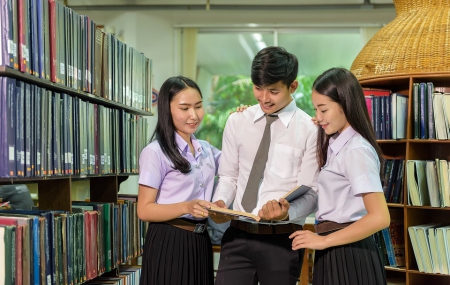 What about their education?

In the past, I once had a supplementary lesson for Japanese children on a Saturday and Sunday in a Thai elementary school building, but at that time, due to differences in the educational situation between the two countries, children of expatriates working for Japanese companies I understand the distress of my education. There is a Japanese school in Bangkok, and if you return to Japan in about three years, it is normal to let your children go there, but in industrial parks far from Bangkok, especially in industrial parks where the automobile industry has developed The children of expats of many Japanese companies who live must choose between local schools and international schools. At that time, in many cases, children are sent to an international school (hereafter “inter”), despite the high tuition, because of the worries about the educational situation as described above, and in a good sense, to give them an international sense.

However, at that time, he seems to be very worried about education after returning to Japan. From the above, the embassy was moving and holding a training school only on Saturdays and Sundays. The aim is to provide an education that is compatible with the Japanese education system on Saturdays and Sundays, even when there are no classes at Inter, to eliminate the concerns. I mainly looked at mathematics and mathematics from the first grade of elementary school to the third grade of high school, and even from my life, but I had a glimpse of the severe educational disparity and the overseas expatriate community.

Regarding the educational disparity, I was forced to go to an interchange halfway, and furthermore, some of the children of the expatriates who have been stationed for a long time have a thorough Japanese language ability, probably because they do not have enough Japanese in their native language. Seemed to be in short supply, and that was affecting all other subjects as well. Of course, I went to an interchange, but my English level was very low. One thing I remember well was that I was in Thailand and had trouble understanding the word “snow” without knowing it at all. I remember that it was hard to convey the earlier part of teaching arithmetic. On the other hand, some children could study at a supermarket. They were children who had a good grasp of their mother tongue and traveled a number of international schools abroad. I didn’t think about taking a university exam or a Japanese university, I applied for an application to a leading overseas university such as Oxford or Harvard and actually went on to study.

Next is the expatriate society of Japanese companies. It is common to have more than one child of the same company’s expatriates in the same class while teaching at a make-up school. It was very subtle. I always felt a bit of a bit of conversation about the parental company’s vertical relationship directly affecting the children. It’s a small society, so I can’t help but remember that I wasn’t involved with children.

They are generally honest and innocent

Also, as for the children of the expatriates who attend the training school, there were many children who often listened to their parents. Perhaps there are concerns about security, and it is not easy for children to play around freely, and going out depends on their parents, so I think that the situation had an effect. Everyone was very honest and their parents’ dignity was high, so I thought it was impossible in Japan.

Although it was the situation of the supplementary school as described above, I have heard that with the spread of the Internet, the education of expatriate children is gradually changing. The Internet does not choose a place, so some companies seem to be using such a system to provide services that bridge the gap between educational situations in Japan and Thailand. For this reason, it seems that some families are taking the option of not being able to attend a training school, partly because they are concerned about their position in the parent company. 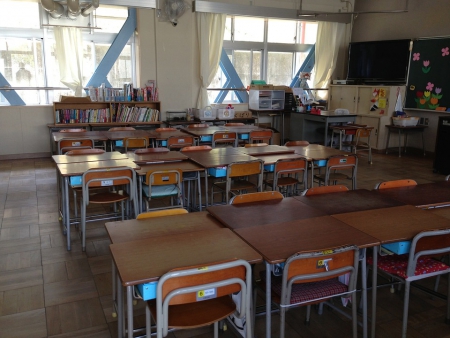 As you can see, the contents of the schools are almost the same between Komatsuka in Thailand and Konakaka in Japan, and the cultural background is deeply rooted in them. But I feel like there is something to learn from each other, not which is inferior or which is better. However, many Japanese expatriates working in Thailand were most sensitive to the differences, and had a lot of headaches in the education of children, as they were expected to return in a few years. My impression is that the educational gap between expatriate children is particularly large, and seems to be greatly influenced by when and how long the child was abroad, and how parents took measures

However, many children of such expatriates are studying in various restrictions and conflicts while attending international schools, so regardless of their achievement, they should have gained something precious. I felt that many times. I think that experience will surely survive after returning to Japan. In the future, various possibilities are expanding due to the development of the Internet, etc., so I think that the educational situation for expatriate children will change steadily.