I have been in Cebu, Philippines for over 17 years and have been working with Filipinos all the time. Also, I came here alone, so I got married here. This year, I have been married for 15 years, and I have two children, my eldest daughter and my eldest son, with my wife (Filipino). Under such circumstances, for me, life here in Cebu is a daily routine and a matter of course, but my working environment is a Japanese company, and the functions I expect are largely from Japan. Since it will be coordinated between the side and the local Futaff (Filipino), I have to work while always feeling the difference and gap between Japan and the Philippines, and accepting the difference in culture at home while accepting the difference in culture. I managed to live by discussing and adjusting things when things went wrong, but even after coming this far, there are occasional surprises that go beyond my imagination as a Japanese person. 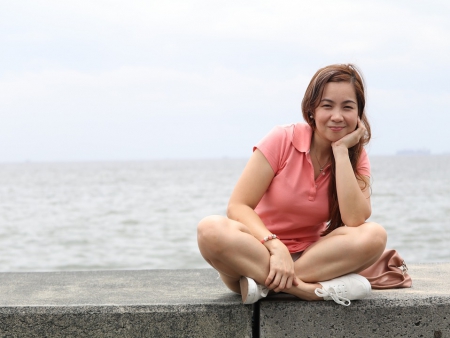 Philippines has been changed within a decade…

Looking at the situation in Japan these days, it may be difficult to grasp the meaning of the saying “10 years and 1 year ago” because prices have been declining and the economy has stagnated in the past few decades.

However, the original standards of so-called developing countries, including the Philippines, are low, and when comparing 10 years ago with the present, technological development and social infrastructure development have not progressed slowly. Especially when looking at the movement of prices, it is rising sharply, which is incomparable to that of Japan.

By the way, I will dare to state the reality while understanding that some people may break their dreams and show rejection reactions, but for example, 10 years. Twenty years ago, after retirement, if you live in the Philippines, information that you can live a fairly rich life with pension income alone has flowed to Japan, and it seems that there is still a situation where it is walking alone. It seems.

Prices are getting more and more expensive…

However, as I mentioned earlier, prices have risen here in the Philippines, and the average annual rate has been less than 8%. In short, after 10 years, prices have almost doubled for the past 20 years. It was observed during a stay in Cebu, Philippines.

Therefore, when taking information from various publications or articles such as homepages and blogs, it is necessary to pay attention to when they were published.

On the other hand, there are companies that mediate such retirement life, but of course, they are always looking for business opportunities, so I dare to avoid the information I would like to say and pull customers as much as possible. It’s only natural to make a move to try.

To tell the truth, I am here now because I have abandoned Japanese standards in various places and have been able to localize them.

The Problems of Foreign Technical Training System!! What Trainees Have As Problems? 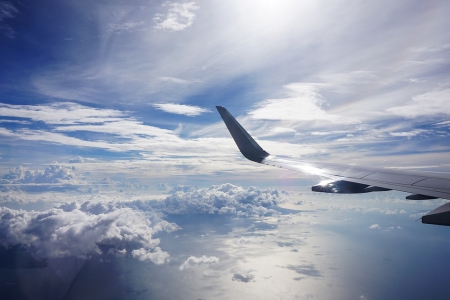 What makes me excited to go back to Japan is…

For example, I return to Japan once a year for work reasons, but what I am looking forward to at that time is to soak in a hot bath.

It’s such a trivial matter, but for example, if you set up a bathtub here in the Philippines, boil water and live a life like taking a bath every day, especially because the water supply fee here is much higher than in Japan. The cost is higher than in Japan. And I’m not doing that because it’s not realistic for me.

So is the meal. My wife is a local (Filipino born in Cebu), and when I eat, more than half of the weekly meals are so-called local meals, most of which are as simple as rice, dried fish and vegetables. Going further, although vegetables vary depending on the season, leafy vegetables (cabbage, lettuce, Chinese cabbage, etc.) in Japan are the same as or rather expensive in Japan.

By the way, Filipinos often say that they don’t like vegetables, but in reality, there is also the aspect that people who have reached the economic level where they can eat vegetables are probably only in the top 30%.

Also, although there is no visible identification system like the Indian caste, in the social structure that has continued since the colonial era, in the extreme, it is in the form of “landowners and many other common people”. The economic disparity is extreme (* In this country, there is no land liberation like Japan in the past, and the landowner system still exists), and the rent and other places are cheap in places where many ordinary people live. After all, if people in developed countries try to live in such a place, they will only be more likely to be involved in theft or other troubles.

Also, in terms of medical care, even if the equipment is at a level close to that of developed countries compared to other Southeast Asian countries, there is no such thing as Japan’s universal insurance system to use it. , It will be more expensive than Japan. Furthermore, because the level of doctors is low, even if the illness is at a level that is saved without any problems in Japan, it is possible that if you do something wrong here, you will die. This is arguably clear from the fact that if cancer is found in the upper class people here, they will arguably leave the United States, the suzerain, for treatment.

If you go into the details of such places one by one, you will probably end up with one book, so I will omit it, but the point is that in the Philippines, in line with Japanese standards, the minimum safety, security, and food In Japan, if you aim for a lifestyle based on nutritional balance, etc., the actual cost is equal to or higher than that of Japan.

Japanese Ramen Is Popular In Other Countries!? Which Flavor Is Popular!?

Advantages of living in Philippines 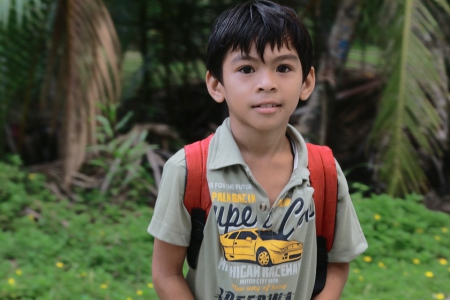 Living expense is so low!!

By the way, the story so far has said that if you try to make an economic merit, even if you get tired of it, it is thin, but then, is there any merit to live here in the Philippines? Maybe it’s not.

It’s the opposite of what I said at the beginning, but if you’re told that you’re 100% acceptable with local food and other living standards, you don’t have a Japanese bath, like me, for example. It’s good, and if you develop more and you don’t need an air conditioner or a car … If you live in a county instead of an urban area, the cost of living can be significantly reduced. However, when this is practiced, it is obvious that there are problems with hygiene, nutrition, health, etc. This is because the average life expectancy of Filipinos is still around 60 years old, which definitely reflects the standard of life and even medical problems. In addition, access to the airport is basically difficult in the county area, and if you have a serious illness and want to return to Japan as soon as possible, it will be difficult.

For that reason, from here on, even if you get tired of it, it is assumed that living here will basically cost more than Japan in the vicinity of the city. Even though prices have risen so far, the growth of labor costs is extremely low, so for example, for various services where labor costs account for a large proportion, it is cheaper than in Japan, and I feel a little gained or rich. You may be able to become.

Specifically, there are massages, etc., which range from pins to holes, but basically, if you spend a little over 1,000 yen in Japanese yen including tips, you can get a shampoo (unlimited in principle) and a full massage for 1 hour. Haircut is also a story for men, but if you are not particular about it, cutting and shampoo will cost you about 500 yen.

As for the price of liquor, the ratio of liquor tax is extremely low compared to Japan, so for example, beer that is normally distributed in Japan is also sold here, but despite the fact that tariffs are applied, it is with Japan. It may be equal or cheaper. Also, if it is a locally produced beer (not a low-malt beer, it is a genuine beer), you can buy a 330 ml bottle at a supermarket for 60 yen, and many Japanese people are fans of that taste. Also, I don’t smoke, so I don’t really feel it, but the price of cigarettes seems to be cheaper here than in Japan.

Under such circumstances, this may also be a story for men only, but the fee for facilities similar to KTV here and cabaret club in Japan is 1 hour per person for normal play. Even if you serve a drink to an attendant woman with an all-you-can-drink and all-you-can-sing set, it will cost around 1,500 yen, so in fact, there are many middle-aged and older men who come from Japan on a regular basis.

Also, climatically, this is an everlasting summer, so there are still cases where retirement groups in cold and heavy snowfall areas of Japan stay here only during the winter to escape the spiciness of winter in Japan. Yes, and this may be a very good idea.

Furthermore, compared to other Southeast Asian countries, the food here (Cebu) has a high level of Japanese food, and there are many immigrants from other countries, so there are (B-class) gourmet foods from each country. If you search for and use restaurants well, you will be able to reduce food stress.

What Foreign Tourists Think When They Come To Japan? Maybe It's A Problem!?

Is it good for you or bad for you – it depends on you!! 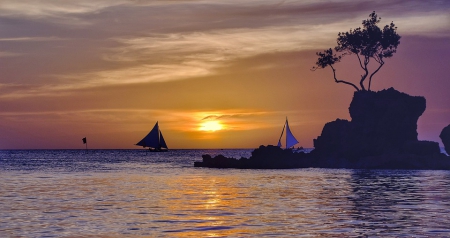 I’ve mentioned a lot so far, but the main point is not to assume that living here in the Philippines will make your life cheaper. I think it is necessary to consider whether or not there will be merits on the premise that it is equal to or better than Japan.

However, the merit is not something that everyone has in common, and even if you get tired of it, how about it for yourself …

In my case, I’m here because I have a place to work, my loved ones, and a place to live, but to be honest, that’s just what happened, and I’ve always loved Cebu, so I’m here. It’s true that there are many parts that I can’t say I love here because I didn’t come and I still know the reality.

However, on the other hand, I have accepted and understood the Filipinos and the system here, even if there is a word, and I evaluated the merit part, and as a result, I managed to stay here. It can be done.

The point is that the part that is considered to be the merit differs from person to person, so I can’t rely on the evaluation of others, and at the end, how I feel … I think that’s all.

How To Raise Kids To Speak Both Japanese And English? Tips Not To Fail!!