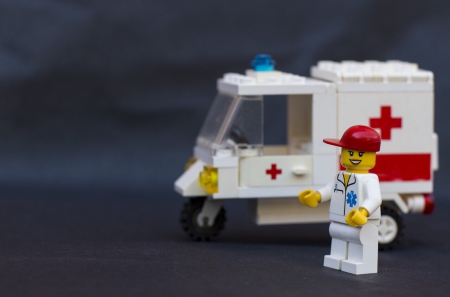 In Japan, if your labor is about 10 minutes apart, you will call your family hospital where you made a reservation in advance. I think I often go to the hospital after getting permission for hospitalization.

In Italy, if any labor comes, you can go to any hospital. Bring a medical record and go directly to the emergency desk. In the unlikely event that the hospital there is full, it may be transported to another hospital by ambulance. If the room is still not available, it seems that some people have been laid on a cot in the hallway. I thought it was the same as the birth refugee in Japan, and when I first heard this story, I was scared.

Staying at the hospital 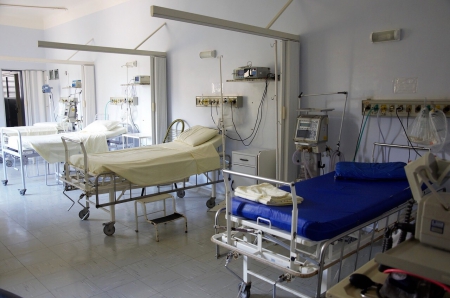 The hospitalization life in Japan varies greatly depending on the hospital, but basically I feel that the service in Japan is like a hotel. The hospital where I gave birth to my second daughter in Japan and was hospitalized was a small clinic. After childbirth, nurses often came to see the situation, taking care of their babies during meals, and getting advice on details, so it was very safe and comfortable. The rice was also gorgeous and delicious. The average hospital stay is 5-7 days in Japan.
In addition, after discharge, the baby is told not to go out as much as possible until one month after birth. The reason is that body temperature cannot be controlled well and immunity and resistance are weak.

I was impressed with the hospitalization in Italy. Although it was a large public hospital, soon after birth, the newborn was laid down next to it and left for about 4 hours. No one comes to see. Nurses do not come unless they call after moving to the hospital room. I feel that I didn’t come even if I called.
Immediately after giving birth, life with a baby for 24 hours begins. In the case of spontaneous delivery, if there is no problem, the hospital will be discharged in 2 days. There is a very dry feeling that pregnancy and childbirth is not a disease, and it is natural that the mother takes care of the baby from the beginning. The meal was a complete hospital meal, but it was not delicious. As expected, lasagna came out because it is an Italian hospital, but it was not delicious.

It seems that giving birth in Italy seems to be very difficult when I hear this, but I think that I was confident that I could do it on my own because it was in this state since the first childbirth. Rather, I wanted to leave the hospital sooner, and I thought that my home was better with my husband’s help and that my mother and child were better.
After leaving the hospital, you must go to the hospital with your baby as soon as possible, such as a one week checkup after childbirth. Unlike Japan, which refrains from going out, the concept of getting immunized by touching the outside air appropriately from the time of a newborn is the mainstream. Therefore, I often see people who come to parks with newborn babies.

In Japan, insurance is not effective for pregnancy and childbirth. Therefore, we will apply for a benefit after attaching a birth certificate. There are benefits from the country, benefits from the company if you work for a company, and medical insurance that you are enrolled in.
The amount of money varies depending on the medical institution and the delivery method, but it may cost tens of thousands to hundreds of thousands of yen after deducting benefits, and it may be positive.

In Italy, childbirth is basically free. Since it is free of charge during hospitalization on average 2 to 3 days and for mothers and children who are hospitalized, all you need to do is sign a document and thank you for leaving the hospital.
Pregnancy screening costs money, but there is no cost of childbirth, so Italy is much cheaper if you consider pregnancy and childbirth in total.

Belgian Characteristics!? It's Located in the Middle of Europe - Variety of People and Languages

How they deal with pregnant women in Italy 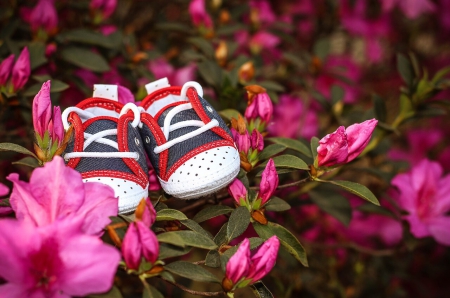 Italy is a very tolerant country for pregnant women, children and mothers with children, because there are so many people who love children regardless of gender. Pregnant women are greatly different from Japan where priority is given everywhere and it is said that “it is safe to put a maternity mark”.
Even in public places and public transportation, there are many people who can cry together even if a baby cry. If there is a person who complains, I think that person will definitely be counterattacked from the surroundings. Many women return to work within three to six months after childbirth, and support is also in place because there are many double-income families.
The smooth system in Japan is great, but I experienced childbirth in Italy and was impressed with the kindness of Italian pregnant women and children. I feel that this should be followed in Japan.

Looking For The Home in Indonesia!! Is It Possible to Find Something As a Foreigner!?