“If it changes, the taste will change.” The difference between Japanese and French food is clearly different: the sun and the moon, the fire and the water. However, “food” seems to be in a very important position in both countries, and how to put energy into “food” is almost equivalent to that of Japan and France.
Today, I would like to dig deeper into the difference between French and Japanese culture to “food”. 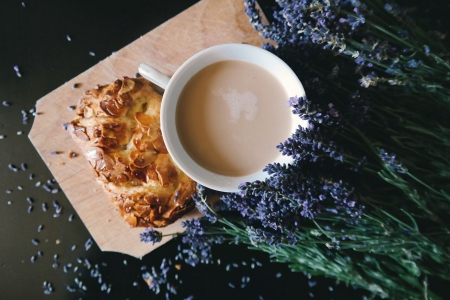 French people generally do not have breakfast at all. Even if you eat a lot, you only have bread (baguette) and coffee, mainly cafe au re. Some people say only exopresso. When my friend first came to Japan, I was surprised to see miso soup, grilled fish and eggs in the breakfast. I was amazed that Japanese people didn’t know how to eat so much in the morning. Breakfast in French is called «Petit de Jonnet». Petit means “small” and dejoné means “lunch”, so it ’s basically “small lunch”. The breakfast is just a simple meal for French people because it is only “small”. I understand the meaning that a friend who came to Japan is surprised to see Japanese breakfast.

Now, lunch time. Now, in France, lunch time is usually 1 hour, but when I started working at that time, it was still a time when lunch time was 2 hours. It’s impossible to think of having lunch in two hours in Japan, but that should be just a small breakfast, so I was serious about taking the time for lunch as a reaction. I believed in. In the cantine, the hors d’oeuvre, maine, cheese, dessert, and finally coffee were classic. I was always wondering how I could get back to work after eating so much, but rather than “the city if I lived”, the “two years of lunch” was flattered in the “city if I got used to it”. However, now everyone has no time, so hors d’oeuvre + main or main + dessert, and finally coffee.

In France, dinner is at home. I don’t go to many restaurants except on special occasions (birthday, wedding anniversary, etc.). The reason is simple. French restaurants are expensive. Now, the main difference from Japan is dinner time. There are very few families that have dinner at 7pm. This is because it is an aperitif time. An aperitif is to drink alcohol with a simple snack before eating. Alcohol on a high calorie snack such as potato chips, sausage, peanuts, I personally drink white wine, but some liqueurs, 40 to 45 degrees pastis (Pastis) There are people who drink. As you know, French are people who love conversation, so it takes at least an hour to aperitif. The actual dinner is not as fast as 20:00 or sometimes 21:00. Although hors d’oeuvres, maine, cheese and desserts are basic, recently there have been cases where hors d’oeuvres are sharpened. Either way, it is not uncommon for dinner to end at 22:00. (Especially on Friday night) The next morning, you probably don’t have breakfast (or rather do not go through your throat). 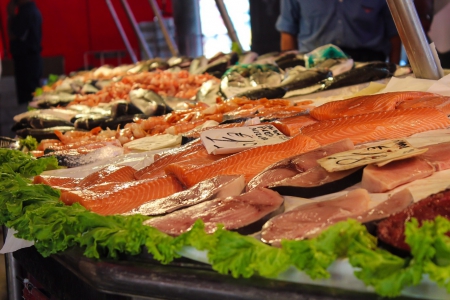 I love butter and cream

Japanese cuisine uses very little oil, but French cuisine is full of fresh cream as well as oil and butter. In the former, it is good to make use of ingredients, but in the latter, there is a feeling that it is good to change the ingredients. However, since the birth of “Nouvelle Cuisine”, which has recently been influenced by Japanese kaiseki cuisine, the French texture is becoming more and more inclined to dishes that use ingredients. However, this is only the world of star restaurants. In ordinary households, I still love the butter and fresh cream cottage resources.

My impression is that this is due to the difference between meat and fish. Japan is mainly fish. If you put a sauce that uses butter or fresh cream on the fish, the delicate taste of the fish itself will die. There are many fish dishes in France. A typical example is “Muniel of the tongue flatfish”. To be honest, I think Japanese simple flounder grilled fish is more delicious. The reason why French food is essential is because it is mainly meat. Fish can be eaten raw, but meat is not eaten raw except for some beef dishes (tartar, carpaccio, etc.). Is there anything missing from the meat? That’s where the source comes in. It seems that French people feel the deliciousness of changing the taste of meat freely with the sauce taste.

I don’t understand the feeling of tongue!?

Another major difference between Japanese and French food is the texture. French are people who do not understand the feeling of touching the tongue for some reason. So I don’t know the goodness of Japanese tofu. The taste of tofu is not the taste itself, but the taste of fluffy tofu when it enters your mouth. It seems that French people do not understand this point well. By the way, the unique texture of Italians called “Ardente” is a place where you can feel very good with Japanese food. I wonder why it is so different even though it is a country next to France. 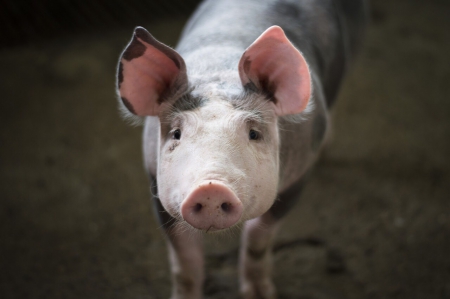 One of the well-decorated items in French market meat stores is the pig’s head.There are also places where flowers are decorated at the tip of the nose.The French seem to be appetizing to see this.In the fall of the hunting season, other items such as frogs and deer heads will start to line up.

I turn away, but it’s a natural sight for French people.In this way, you are overwhelmed by the difference in the origin of your appetite.Japanese people in Buddhist countries will almost never have a good appetite by looking at the pig’s head. the other hand, from a French perspective, it seems to be an incredible way to eat Japanese food such as “Kaki no sukuri”.
If you look at it, you can understand well that if you change, your appetite will change.

Let’s go to the market!! 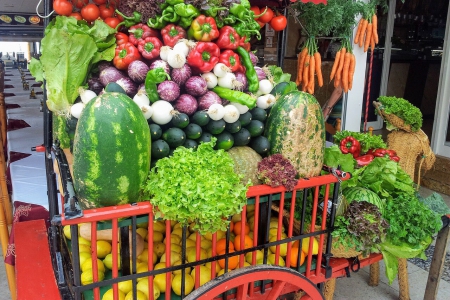 Did you understand a little about the difference between Japanese and French food culture? Every country has a “food culture” that has been cultivated by the country’s long history. I love going to the market first when I go abroad. By seeing, touching, and smelling there, you can know the real people with a sense of reality. As such, “food” may be the most accessible culture to know the country.