A 28-year-old woman who has visited Italy 15 times, worked in a restaurant for 6 months, and now has an Italian boyfriend. I like Italy, but sightseeing in Italy is completely different from actually living and spending a lot of time with Italians. So, when I live in Italy, I can see the other side like this. .. I would like to introduce a surprising episode. 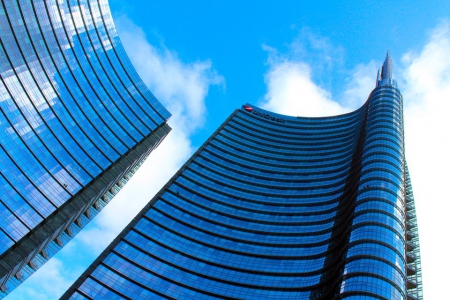 Takes forever to see the person in charge!!

When I was working at a restaurant in Rome, Italy, I was living in the restaurant owner’s house, so I went to work together by car every day. As an owner, I have a lot of things to do outside of restaurants, and I often went to the bank. In Japan, if you go to a bank, there is a doorman, and when you are asked about your business, you get a receipt for your standby number, and when you are called, most of the time you will be treated politely at the reception. This is the case in Italy. One day the owner said he had something to do with the bank, so he left home earlier than usual. Upon arrival, it is a major bank in the heart of the city. It’s early in the morning and there is no crowd, so it seems that you can reach the reception immediately if you wait for a while. After waiting for about 5 minutes, I went upstairs as called, and there was no one. So I would like to go to another window and meet with … When I heard that, the person in charge should come back in about 5 minutes, so please wait. Well, it’s common in the world to wait. It is overseas that there are times when no one comes even if you are kept waiting. In such a case, the owner, who was thinking that he had to sit down and wait patiently, said that he wouldn’t come even if he waited for something, so he decided to go outside for the time being.

Italians want to stop by when they are kept waiting. This is the bar of The Italian culture. It’s a cafe in Japan, but in Italy it’s called a bar, where you can find sweet breads and sweets such as coffee and croissants, which are especially crowded at breakfast and after lunch. You can eat and drink while standing without having to sit at the table, and the atmosphere is such that you can stop by as many times as you like in a day. Many Italians like espresso, so some really early people go out with a sip at the moment they pay. Anyway, I ordered cappuccino to wait for the person in charge in Italy, which is such a bar culture. And then! It is the person in charge discovery. Even though it’s not a break, I’m drinking coffee. .. .. I’ve been waiting as a customer. Unbelievable. I thought it was abandonment of work, but the owner was used to it, and he said it was common. That is easily allowed in Italy. .. Of course, I need to take a few days off during work, drink, eat, smoke, chat, of course, but I’ve been waiting a long time, so I think I should come back to my seat quickly. right. Because we are waiting, we cannot work at the restaurant either. About 10 minutes later, it seemed that I would finally lift my back and return to the bank, so I finally went to the bank with peace of mind. .. .. I think it’s been more than 30 minutes since I entered the bank. .. .. It can be read from this that the economic situation in Italy is not good. 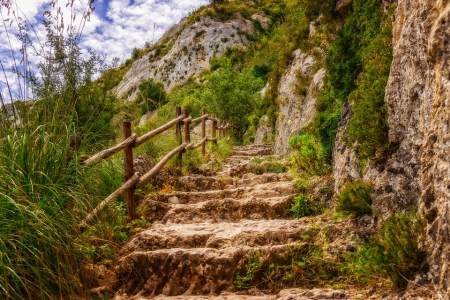 Memories of sightseeing in Sicily

It was when I went to Sicily to play when I was off work. My friend took me to various places in the city, but among them there was a park near my house where I always go for a walk. The park is not very beautiful because it has graffiti and dog droppings that are common in Italy, but it faces the sea, so if you look at it from a distance, it looks like you are in a beautiful park. When I went there several times, I realized that I always met the same man. She has a slender figure, white skin, blonde hair, and a beard, and is quite handsome. But something is wrong. I’m always there. Moreover, the clothes are not very beautiful. For some reason, I decided to take a look at him today. Hmmm, it seems like you live in a place like a shelter.

I wanted to talk to him!!

Although I was thrilled, I tried to talk to him by imitating him taking a walk along the beach. Then, he is fluent in English and has a good impression. Not just handsome. I was really wondering why such a nice man lives in such a place. My friend was far away, so I was very scared when he would be attacked, but when I asked him a lot, he told me what he was. Whether it’s true or not. He has a family in South Africa. But I didn’t get along with my wife and I didn’t want to be in my country anymore. There, he traveled to Europe and moved to Sicily, near Africa. But he didn’t get a regular job, his visa expired while he was wandering, he couldn’t leave Italy, and he was illegally staying as a homeless person. I met such a person and talked normally like this. .. .. However, probably because I am a traveler, I also have a common sense of swaying, so I decided to jump into the sea and swim with them. I was wondering if I would be attacked here with a wet body, but that was not the case at all, and it seems that I like to swim in common, and I had a really good time in the wonderfully transparent sea. After that, see you again. Having said that, I never returned to the park after leaving the park. I wonder if that handsome person is fine nowadays.

Japanese Work Differently From Thai People!? There Are A Lot Of Interesting Points!! 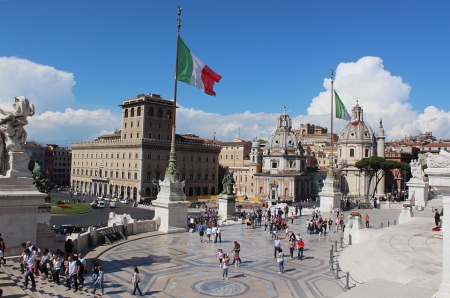 Italy has a beautiful front, but it is quite difficult to know the circumstances behind it. It is certain that the existence of the mafia, the rampant bribery, and the deterioration of the economic situation have made the lives of many people difficult. There are some things that I find interesting and some things that I find difficult when I live a little, but the beauty of Italy and the cheerfulness of the Italians always make me feel good. Even if you are going sightseeing, please take a look at the back of Italy as if you were living there.