In the middle of the street in Australia!! 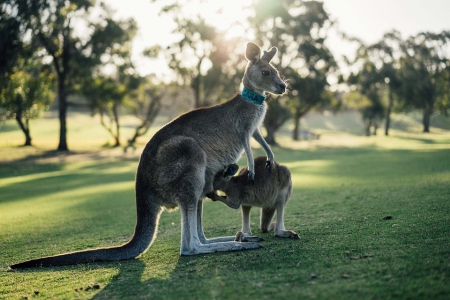 There is a lot of nature

Australia is a vast country with a lot of nature. The beach is large and beautiful, and if you go to the countryside, there are many farms and you have many chances to see the greenery.
As for creatures, koalas are rarely found on trees on the street, and colorful birds, which are said to be only visible at zoos, may be flying around. You may be able to see it if you are lucky.

There are wild kangaroos

Kangaroos are rarely seen in urban areas, but you can find them here and there in the countryside.
I often see wallabies at the same time as kangaroos. It’s a slightly smaller version of the kangaroo, but it can be one or two. I’ve seen a combination of two large kangaroos and one small kangaroo, probably with a family.

South American Style Of Communication I Learned From Columbia!! You Have To Be Honest With Your Feelings!!

What if you encounter kangaroos in the street!? 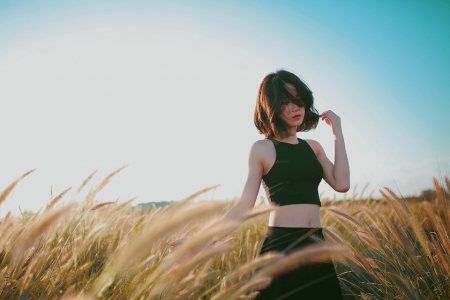 Although rare in urban areas, the chances of encountering a kangaroo are extremely high in the countryside. However, even in such a case, do not approach by saying “rare, cute”.
Zoo kangaroos sometimes have babies in their belly bags, and when you see the baby kangaroos coming out of the bag, you think it’s very cute. If you feed them, they may eat them in a friendly manner, so you may feel a lot of affection.

There’s no predicting what wild kangaroos would do

But unlike kangaroos in zoos, wild kangaroos don’t know what to do. I have heard that the urge to be kicked is very strong because I sometimes kick with both feet. Adult kangaroos are as tall as humans, so they have a large physique. So if you come across a kangaroo, stay away. Rather, it is important to keep a distance.
Also, kangaroos move by jumping, so they are not as fast as lions. It is quite possible to escape. I live in the countryside, so I’ve seen kangaroos near my house. I took a picture from a distance and immediately entered the house.

What if you encounter the kangaroos when driving? 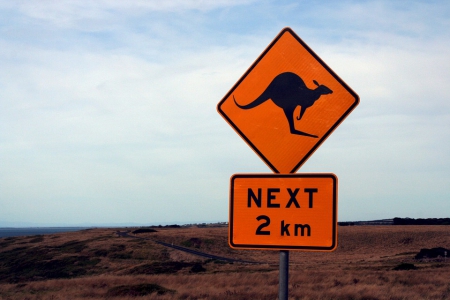 Occasionally, when you drive a car, you may see a kangaroo run over on the street. It’s not a rare sight in the countryside. If you are in an area where kangaroos and koalas are common, there are traffic signs with those pictures along the way. You never see it in Japan.
If you encounter a kangaroo while driving, you may run into it. A car can be hit hard, even if it just hits. However, there is nothing wrong with hitting a kangaroo.

There are more and more kangaroos

There are too many kangaroos in Australia and they have been slaughtered. Even if you run into a car, there is no particular legal liability. It’s used for kangaroo meat and kangaroo jerky, so it’s certainly a lot.
However, if you hit a kangaroo in a car, the glass etc. may break and humans may be damaged. Therefore, in Australia, it is called a kangaroo bumper, and metal parts are often attached to the bumper. By the way, the kangaroo that has been run over seems to be collected by the government office.

Don’t get deceived by their cute appearances!! 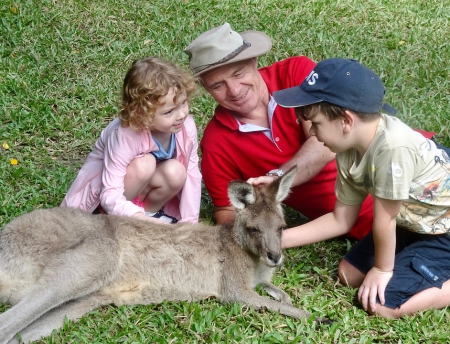 At the souvenir shop, you can find a lot of cutely designed kangaroos such as stuffed animals and key chains. However, the physique of a real kangaroo can be a little larger than that of a human, and its personality is also ferocious.
It’s not like a kangaroo that always sleeps like you’re in a zoo, so don’t be fooled by its cute appearance when you encounter a wild kangaroo. If you encounter a kangaroo while driving, don’t stop and just rush. If you stop poorly, kangaroos may attack you. It’s really dangerous if the windowpane is kicked.
Therefore, the option of not going around the kangaroo traffic signs is also important.