Anxious roads when you encounter an accident 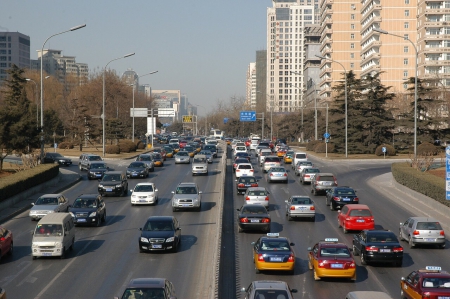 I first came to Beijing with my husband in the summer of 2015. We both had never come to China, so we first landed in China and were overwhelmed by the great population density at Beijing Airport. I took a taxi without knowing the right or left, and headed to the hotel I had reserved for the time being.
I think it took about an hour to get to the hotel by taxi. I flew on a highway where I didn’t know if there was a speed limit, and both of us thought that we would die here. Anyway, there are many cars that change lanes without confirming the back, and when the car ahead moves out of the lane, their car also avoids the car that protrudes from the lane without confirming the back, so it protrudes from the lane more and more It will go.

You can turn right even if the signal is red

Unlike Japan, China is a country that runs in the right lane. And even if the signal is red, you can turn right. Although it is not familiar to Japanese people and difficult to understand, it is common in the United States, Canada, some European countries, etc., even if the traffic light is red and it is OK only when turning right (in the case of Japan, the left side) Turn left for lane).
However, in many countries, it is possible to make a right turn only when there are no pedestrians or a straight-ahead vehicle, and the conditions under which a right turn is possible are strictly determined.
In China, this condition is really loose. For example, even if a pedestrian crosses a pedestrian crossing or goes straight, a right turn vehicle tends to be given priority. Also, it doesn’t slow down for a right turn, so it’s no longer clear what the signal is for. In other words, even if the car goes straight because the signal is green, there is always the possibility of the car turning from the right side.

What you see on the street 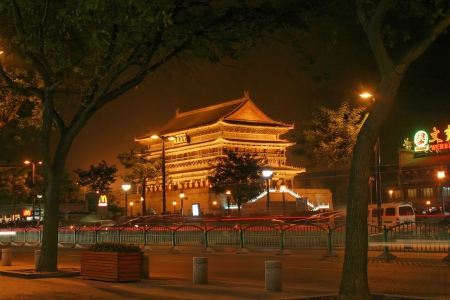 It sometimes sounds a honk on a police car

When I live in Beijing, I often hear horns. In Japan, horns are used only as horns, and Article 54 of the Diplomatic Law stipulates cases where horns can be sounded.
In Beijing, there are even cars that sound honking on police cars. Anyway, the horn is ringing, and I can no longer understand what the horn is sounding for. If you make a police car horn in the United States, you will be taken care of by the police.
The same is true for bicycles, and people riding bicycles often ring the bell. If there are pedestrians or other bicycles in front of you, the bell will sound even if there is an interval between you. It’s like a child who was given a bell for the first time.

U-turn happens a lot but they are bad!!

If you look at the road, you will see a car trying to make a U-turn anyway. There is a car called a U-turn instead of a left turn, but there are many drivers who suddenly turn the steering wheel as if they just made a mistake.
However, many drivers cannot make a U-turn at one time. Even if the road has 3 lanes or 4 lanes, is it almost like turning around 5 times and finally making a U-turn? To be honest, everyone has to turn back about 5 times even on a road that I think can turn back in one shot. Since China has the third largest land in the world and the roads are wide, I think that driving skills are not catching up with the size of the roads because we are too used to it.
Of course, the road will be completely blocked while turning the steering wheel, so the horn will sound from the following vehicle during this time. However, no matter how many cars are honked, everyone seems to be fine. 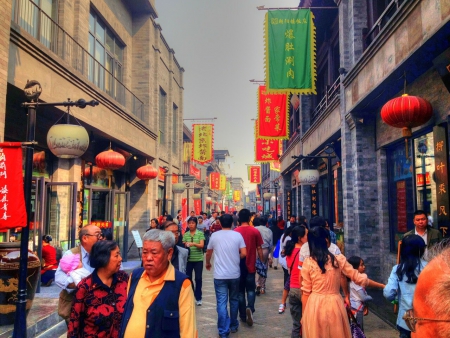 People do not respect the signal

As for pedestrians, what do they do when they cross such roads? Even if the pedestrian traffic light is blue, there is no point in protecting the traffic light as the right turn car comes in. Therefore, cross the road in a way that avoids cars coming from the left and right.
In Japanese road law, there is a principle of pedestrian priority. In China, there is no pedestrian priority, rather vehicles are the priority, and pedestrians walk through the gaps. If it hits, I think that the pedestrian will be held responsible for “you are walking in such a place”.
Cars can rush in regardless of whether the traffic light is red or blue, so you must protect your life at your own risk when you cross the road. The safest way is to walk in the middle of a group of pedestrians crossing the road. 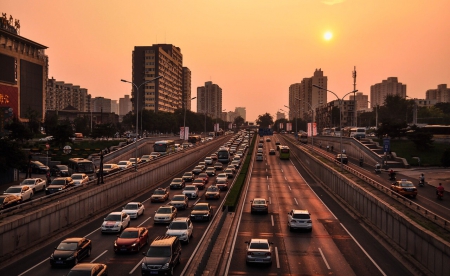 When we came to Beijing, we saw such traffic conditions and wondered if such traffic conditions were spreading throughout China. However, when I went to Tianjin the other day, I was surprised to see that when the pedestrian crossed the road, the right and left turn cars stopped and the pedestrians were following the traffic light.
Apparently, the traffic situation in Beijing that we see on a daily basis seems to be a characteristic of Beijing. Of course, there may be other similar regions, but just because such a traffic situation is unfolding in Beijing, it cannot be said that it is the same throughout China. I learned and reflected a little.
When you cross the road in Beijing, you need a certain level of tension. Everyone, if you come to Beijing, be very careful about cars and bicycles.