Get exposed to English daily 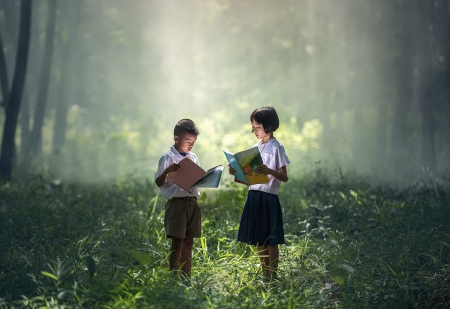 Parents talk to kids in English

Occasionally, you may see a parent and child having a conversation in English. They are not foreign parents and children, but both parents and children are Chinese, but when parents can speak English, they seem to have time to speak only with their children to teach English to their children.
I personally think this is the right way. My husband’s colleague also has a Chinese woman who says “I am determined to speak with my son in English”. As such, there seems to be a way to make the child learn English by talking to Stoic in English . In Japan, the number of katakana terms has increased, and there are many people who mixed Japanese and English, but here one parent speaks English. It seems that there is a time to decide or to speak in English.

They listen to English songs a lot

Mehr anzeigen
Chinese trains are very lively. For example, in Japan there are rules such as lowering the volume when listening to music, quiet voice when talking to people, and not calling in the car, but there are no such rules here. Ordinary sights include playing a game without using headphones or earphones, talking to people in a loud voice, or making a phone call.
In such circumstances, I sometimes see children listening to English music. Some children sing with beautiful pronunciation, such as ABC songs and twinkle stars. In the first place, it is impossible to see such a figure on the train itself in Japan, but rather than watching the video on the mobile phone and spending time rather than spending time.

Many facilities to enjoy English 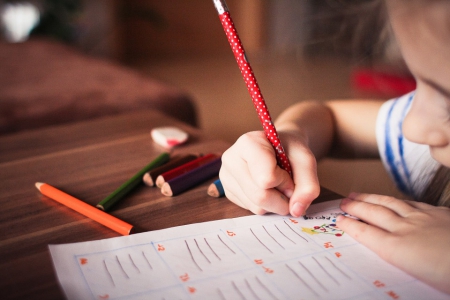 You can often find a facility called GYMBOREE in the shopping mall. It is a company headquartered in San Francisco, California, USA, where children enjoy learning English and singing songs.
I have a Taiwanese friend with a girl born two months after my son, and she seemed interested in the facility. I went to this facility the other day when we went out together, she heard the explanation and translated it into me.

While she was listening to the explanation, I was waiting at the entrance in my son’s stroller. Then a 1 year old boy became interested in my son and approached. Then the woman who looked like a grandmother was talking in English, “Cute baby.”
I felt it was amazing to be able to speak English not only to my parents, but also to grandfather and grandmother households. Certainly, there is a notion that “Such people are in a different world”, but maybe grandfathers and grandmother also studied English for grandchildren’s English education. They didn’t seem fluent at all, but it’s still amazing.

Be careful with advertisements!! 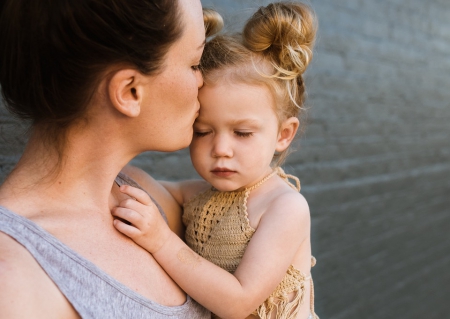 However, while the momentum of such English education is strong, I feel that the solicitation is heating up. If you go to a shopping mall, you can see that there are soliciting English education here and there. They hand out flyers and advertise with the iPad in one hand.
The other day, when I went out with my son, I received a flyer as if I was presenting a flyer as if to block my path. Then the man opened the calendar on the iPad and asked, “When will you start?”
Of course I was annoyed so I said in Chinese “His dad is American.” (He was actually a Belgian, but some don’t know that country so I sometimes just say American), The man then picked up the flyer I received and returned to his original location. I felt that it was rude, but at the same time I learned that we should not accept flyers.

They are so insistent!!

There have been various other solicitations, but there is an image that all solicitations are persistent. The other day, a man approached me and started explaining alongside me. I got on an escalator while walking with me.
When I stood next to the escalator and explained various things, I was so annoyed that I said in English, “Hey, I don’t understand Chinese but could you explain it in English?” Then he seemed unable to explain in English. When I looked at my face and looked like “Ah …”, he greeted his son “Hello !!”
Solicitation is persistent anyway. If you showed interest, you might feel stupid later.

What Foreign Tourists Think When They Come To Japan? Maybe It's A Problem!?

Be careful which class to choose 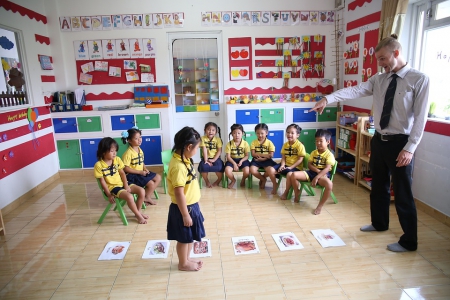 I don’t feel like having my son go to an English class here, but when I chose an English class, I felt that I had to be careful, whether in China or Japan. Anyway, because the business is heating up, every English classroom is desperately trying to gather “customers”.
I don’t think there will be any company in Japan that picks up the flyers that were handed out during the solicitation, but some manners are important. I felt that the atmosphere of the whole classroom and the manners of adults are important, not just a place where children can enjoy learning English.
It is also important to have an opportunity to speak English with your family without relying on the classroom. If parents cannot speak English, they may need to be prepared to study with their children.