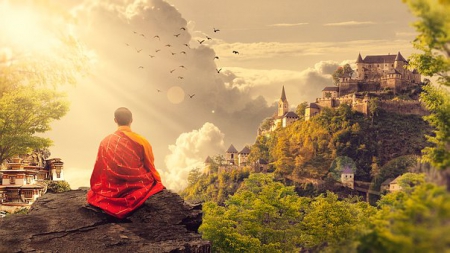 As I mentioned at the beginning, Japanese Buddhism is a fairly forgiving religion, such as Mahayana Buddhism, where everyone can become a Buddha. Some religions say that all villains and sinners are saved. Because of this generous religion, many Japanese consider themselves to be religious. I grew up in a very common home in Japan, but since I was a child, I have never been aware of the existence of God or the importance of religion, and I believe that I am still religious now when I became an Arasa. Of course, no religion, we respect them without hostile to any other religion.

On the other hand, Thais believe that Onari Buddhism (Theravada Buddhism) is a less permissive Buddhism than Mahayana Buddhism. Inspired by the world view of India, the birthplace of Buddhism, not everyone is saved, and without virtue we cannot be reborn in the next good world. This is called reincarnation, there is heaven on the top of the mountain called Mt. , Crossing the six worlds by reincarnation. Buddha, born in India, married at the age of 16 and gave birth to a child. At the age of 35, he was enlightened by his own training method. It is said that he died at the age of 80 while continuing his enlightenment, and the teaching of Buddha was conservatively inherited in Theravada Buddhism in Thailand. 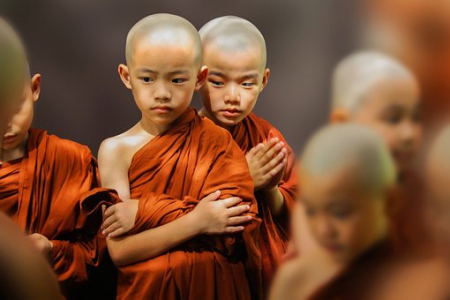 Article 227 of the monks

There are 227 precepts that monks must follow, of which four severe sins are 1) sexual intercourse, 2) stealing, 3) killing people, and 4) lying. Monks in orange robes are still seen on a daily basis in the city today, and they are begging and receiving food from the public. They are not allowed to touch women and eat only until noon after dawn. However, on the other hand, in reality, there are cases where smartphones are handled dexterously in robes and people buy electronic products happily at electric shops, and the actual situation of modern monks has changed. I think that it is. On the other hand, there are still many situations where the whole family is trying to gain virtue by leaving their sons to go home and train for just three months.

5 commandments of the people

What should ordinary people not do? 1) killing people, 2) stealing, 3) doing nasty acts, 4) lying, 5) drinking alcohol. At present, women are much less alcoholic than in Japan, but they drink alcohol, and there is no end to stories about stolen, killings, and rapes in the news. Now, in a disparity society, the impression that such strict laws are strictly obeyed is decreasing.

Although the religion of Thais has changed in modern times, many of them look at Buddhas in the city, join hands, and go to temples if there are any events. I can say that they are more religious than Japanese, but in fact, how much they know about Buddhism is a different story. I have talked about politics, economy, education, religion, and various stories about Thai people, but honest ordinary people do not know much. Good or bad is said to be good or bad, but few people know the actual situation deeply. This is a bit disappointing, but I believe that in the coming years the country will develop further and in the last few years many people will be interested in various things.