Working for a major Japanese general electronics manufacturer, I worked with an American for four years as a contact person with an American factory in the overseas sales department. There is no doubt that being immersed in American-style business, such as traveling to the United States myself and visiting Japanese factories by American colleagues and customers, has become an experience that will continue to live in my future career. .. That should be it, working with Americans was not easy. .. In a different culture and language, we had to devise various things because we shouldn’t make mistakes when talking about serious business. To summarize such American style in one word, “presentation power + respect for individuals = emphasis on results”.

How much they explain is more important than record 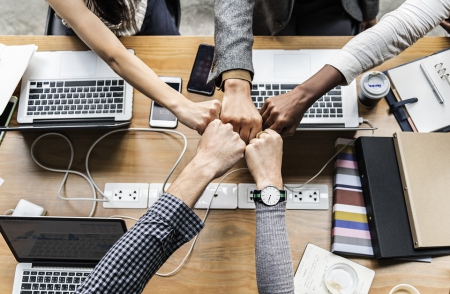 Recording is more important in Japan

Japanese people work for good and bad one by one. Before a problem occurs, keep a record and deal with it “in advance” so that there is no mistake later. It’s a very time-consuming method, but it’s definitely certain. This creates safe and secure work. But that’s not the case with Americans. Of course, there are minutes, and there are many businessmen who make notes properly. But more than that, the point of evaluation is how much I was able to make my point at the meeting and how much I was able to gather opinions and find out the direction of the project. I think it’s not how much record was left, but how much appeal was made that led to results. In a sense, it’s very efficient, and when you’re in this kind of environment, you want to be defeated, so you naturally develop your presentation ability.

On the other hand, it is difficult to keep a record of who said what, and what is inconvenient for the other party tends to be something like “Oh, is that so?” Yes, after all, the disposition may come back to me. However, this is a different way of thinking, and there is an atmosphere that Japanese people should be doing it because they recorded it, but in reality, there are many cases where everyone is busy and has a meeting but nothing is going on. Right. Americans encourage people to talk to them and ask them to do it, without having to worry about records or emails. If all goes well, it’s very efficient because it saves you the time of emailing and recording. But after all, be careful when Japanese and Americans do business together. I think that the language will usually be English, but in this case, Japanese people who are not in their own language should always write the minutes for self-defense so that they will not regret it later. When it becomes a problem later, it is very difficult to explain logically to an American who has excellent presentation ability. It is very important to increase the amount of convincing material by presenting the minutes as proof because you will not hear if it does not make sense.

Whatever you do, it doesn’t matter 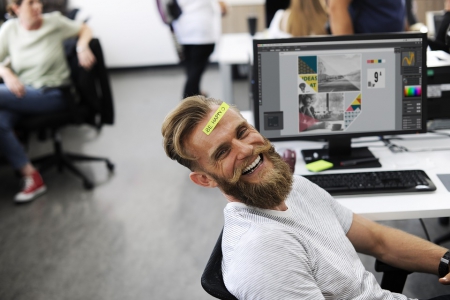 This is what I’ve seen at my work place.

1. Work while listening to music.

2. Work while eating and drinking coffee, gum, and cookies.

3. During the meeting, cross your legs wide and lean on the chair.

5. Too typical, each desk has a partition and a family photo is stuck on the wall.

They are not allowed in Japan

Of course, I think there are many companies in the United States that do not allow this or have a more forgiving atmosphere, but it is true that at least several companies have seen the same scene. I always laughed in my heart, saying, “Fufu, Mataka”, because of the too typical work of THE AMERICA. For example, I have never seen No. 1 in Japan. Is it because you don’t know when and who you can talk to in Japan, and you may think that you are not working when you listen to music? I think No. 2 is also in Japan, but in the United States, you can eat and drink during the meeting, and even if customers come, you can make it Frank, so it’s a more free atmosphere. No. 3 is a dismissal in Japan, isn’t it? I think that Americans have their own relationships with No. 4, but I feel that the distance between their boss and their subordinates is relatively close. If that works, I’m very envious. No. 5 is unique to the United States, which respects individuals, and often appears in American movie office scenes. The real world is exactly the same. Moreover, I love family stories, and even though I haven’t heard them, they tell me. An American colleague even told me that I met my husband on a romance site. No matter what people think of me, I’m an American, and I love it very much. Of course, that doesn’t mean that you just have to do what you like and play, but if you get results, you’re good, and the process respects each individual’s way of doing things. I understand, but even so, I wondered why everyone was in the same scene, and they laughed again. 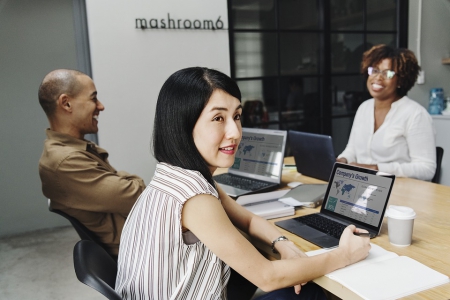 Results-oriented Americans and Japanese who also emphasize the process. Both are good and bad, not which one is better. But what you should learn as a Japanese is the ability of Americans to make presentations. This is a well-known story, but far from realizing that you work in the United States, you can’t really live without that skill. And if you have this skill, you can do it in any country. I believe that even in Japan, where the birthrate is declining, we can reach the world with a small number of elite people by focusing on how to communicate rather than silently working on a computer.