As for Americans, you have a strong image of a handsome star like a Hollywood star and a beautiful blonde woman, but do you know that the average American woman actually has a weight of 74kg and a height of 164cm (BMI 27.51)? Men are even worse, 87kg at 178cm and an average BMI of 28.6.
The obesity rate of Japanese people (the ratio of BMI 30 and above) is 3% of the total population, compared with 31% in the United States. In other words, in the Japanese classroom, there is a chubby child in the class of 30 people, whereas in the United States one third of the class is a chubby figure.
Therefore, this time, I will introduce the difference in awareness of “health” between Americans and Japanese people based on my experience. 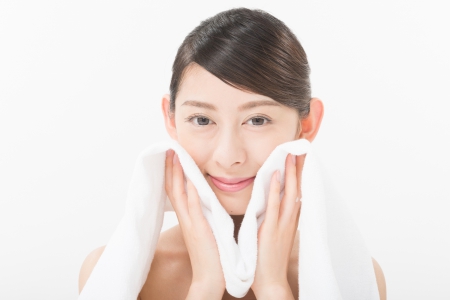 In Japan, the words “I want to lose weight” and “I’m on a diet” basically have a good image of trying to be beautiful and healthy.
However, if you profess that you want to lose weight in the United States, or if you process your photos and post them on SNS, you will be asked if you are a small guy who doesn’t feel confident. It ’s a bad impression.

The author was a very chubby group of friends who seemed to be about 80kg, and her boyfriend was relatively healthy. The boyfriend always praised her as “you are beautiful” and “really beautiful”, both of them seemed happy and she seemed never going to diet.

In Japan, it is natural to process photos that are posted on SNS with an app and show them beautifully.
However, in the United States, where it is wonderful to love yourself as it is, photo processing apps that are very popular in Japan and Korea are not popular at all.

Facebook has promoted a photo processing app for Americans. The writer thought unusual and read the comment section with interest.

Then almost all Americans, especially women, commented on anger. “The child of the advertising model isn’t beautiful enough because it doesn’t have to be processed!” “” It’s a silly app. ”

In the free country of America, it is not good to endure. Many Americans think that it is better to have an endured life even if they die early, as long as they are healthy without eating what they like.

In Japan, where it is beautiful to endure, whether it is studying, learning, or giving birth, it is good to get healthy and get a healthy body, and there are many such TV programs. But in the United States, it is wonderful to live freely as you like, without being patient. 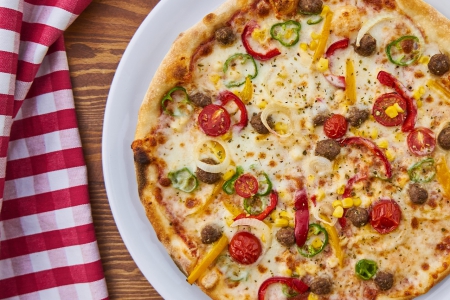 In Japan, even in public schools, dietitians always provide delicious meals that balance nutrition, but American schools do not have such a system.
Public schools often have insufficient funds, and there are many schools that offer cheap pizzas and potatoes to reduce the cost of school lunch.
Culturally, Americans often eat pizza, potatoes, and burgers at home, so there is no sense of incompatibility even if they serve lunch.
By the way, in the university cafeteria where I went, there are always large queues for fast food such as McDonald’s and Burger King.

In Japanese school lunches, the menu is fixed and all students must eat the same amount of the same food, but since the United States is a “ free ” country, students go to the cafeteria and take only their favorite menu. You can eat as much as you like.
In other words, except for elementary school students who like to choose salads, most children choose only their favorite items such as hamburgers and desserts to eat every day. There is no instruction of nutrients.
Even during the kindergarten snack time, sweeter chocolate brownies and huge chocolate chip cookies are provided, and 3 and 4 year olds are eating deliciously.
Free Americans who have undergone such food education from nursery school to high school have eaten as much as they like even as an adult, and as a result, one third of the population becomes obese .

Home cooking practice is not mandatory

In Japan, most students experience cooking practice, but in the United States this is also a “free” country, so if you don’t want to take it, you don’t have to. In other words, students who like cooking take cooking training classes, and students who are not interested in cooking or food education will not learn at all.
So if you want to eat only what you like, don’t want to cook yourself, or are not interested in nutritional balance, you can graduate to high school. 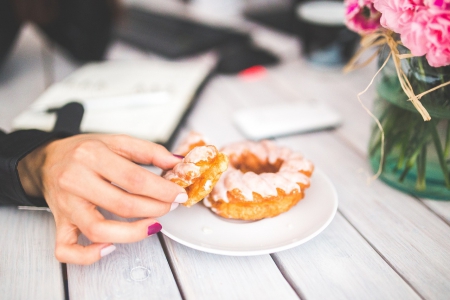 In America, which places great emphasis on “freedom”, there are many customs that are not possible in Japan, such as generosity that accepts the body shape as it is, and eating and eating what you like without patience.
Americans such as Hollywood stars and Victoria’s Secret models are greeted with beautiful appearances, but the reality is quite the opposite.
The tendency of Japanese people to try to lose more than necessary is not good, but Americans who “love themselves as they are” even with obesity that can interfere with their health are also a problem.
I hope you can maintain a healthy body without overdoing it and not overdoing yourself.