Long time no see! Peruvian men and newly-married girls in their 20s! (● ´ω ｀ ●)
I’ve been dating a foreign man several times, marrying my husband and living a happy couple’s life (* ´ ▽ ｀ *)
Do you have anything you often hear in foreign cultures?

There are various cultures and it is very fun to talk to foreigners.
There was an Italian friend who was a foreigner who came to Japan and collected pocket tissues that he could get on the streets. (● ´ω ｀ ●)
This time I would like to talk about the Peruvian culture that surprised me when I was with my husband (* ´ 艸 ｀) 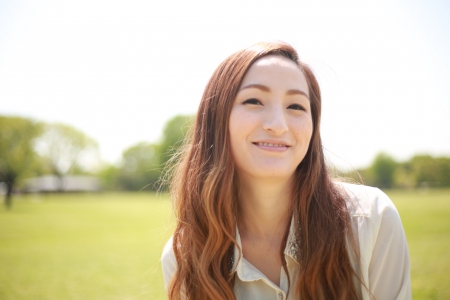 When I’ve been with my husband for less than a week …
He said, “Come to my parents’ home! I have a pizza!”
No, you’re a parent Oniisan?
I’m nervous, going to his parents’ home (^-^;

I’m not saying such things, but I thought … but because it’s his house, if I was fighting with tension with my heart (; ∀;) I arrived at his parents’ house in no time … sweat
When you try to ring the intercom while straining the plastic bottle cola in one hand, you suddenly face the daddy (foam covered) washing your pet dog Loki in the garden of your house!

“Hello! Nice to meet you!” Hastily me to the greeting.
(Suddenly covered with dad’s foam. Lol!
Dad wipes bubbles with his hands
“Hola! (Hello) Pizaaruyo! Eat Please! Timer dog Arau !!”
After a few greetings at Katakoto, when I entered the house and tried to line up my shoes.

¡Shoes are scattered everywhere and no one is ready… sweat
He was lined up with his shoes with a little surprise,
“What? What are you doing?
When asked if they don’t have shoes, Peru’s culture doesn’t seem to have the custom of getting shoes, so if you take off your shoes, you can take them off and go straight to the house.
Still, there was some sense of incongruity, so I just put it in my own way (; ´∀ ｀)

When I entered the room… 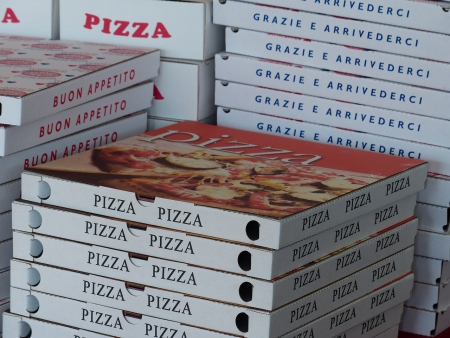 Mom is also a kind person

“Wow! Thank you for Coke! Speaking of pizza, Coke! Kochi-chan knows! I’ll eat pizza and chicken, we’ll eat it later!” You told me.
He’s crazy about cola and pizza even though the greeting isn’t over yet … lol
I eat the chicken with a bone next to it with a knife and fork.

I tried eating a little pizza and then trying to peel off the chicken in the same way using a knife and fork, but I can not do it at all (; ∀;)
He laughed and said, “Do n’t eat it by hand (・ ∀ ・) That’s easier, I’m always used to because it ’s a knife and fork (・ ∀ ・)”
Knife and fork can’t be used for me too I think I’m embarrassed by myself and eating chicken by hand, my daddy who was covered with foam until now came home and eats chicken with my hands (; ´∀ ｀)
However, I immediately smiled and said, “Like! The most delicious way, Dessene!” And this time, I ran into the shower while being wet (; ・ ∀ ・) (What happened to Loki after that …)

Now we are married!! 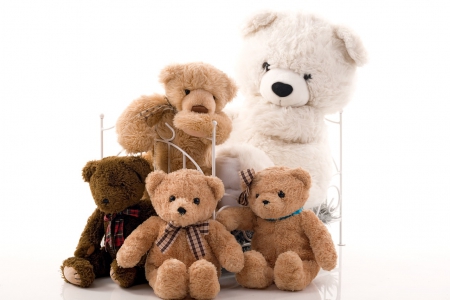 When I have a cute pink chopsticks for me at home and have chicken, it’s a gentle family who prepares towels to use when my hands get dirty (* ´ω ｀)
At first, I was puzzled by the culture where I didn’t have shoes, I ate chicken using forks and knives, and I just wanted something that would have wanted souvenirs (; ´∀ ｀)
My husband’s parents’ house is a detached house, but I’m surprised that there is always a sense that a detached bathtub has only been installed because there has never been a hot water bath!
(Rather it is a storage place for stock of shampoo and body soap (∩´∀ ｀) ∩)

Although it is not usually a flat foot

When a barbecue is called once a month with a relative of a Peruvian who lives in Japan, about half of the people walk on the ground. Mom mops after barbecue … sweat
(From children to the elderly, there is a lot of ground, and barbecues are often held!)

There are so many opportunities for the whole family to go out on holidays. Even with everyday food shopping and a little drive, you can have fun with a sense of close friendship with your parents.
I am surprised every time I remember a lot of cultural differences that come out (・ ∀ ・)
I want to live a fun couple life while knowing the amazing culture (* ´ ▽ ｀ *)

Thank you for reading ☆