Until recently, Myanmar was a country where the military government effectively controlled the country and the state of isolation continued for a long time. Currently, the number of tourists is increasing little by little, and it seems that the number of contacts with foreign countries is increasing by increasing trade imports and exports, but there are still various restrictions and the people do not know anything about the outside, outsiders. Said that he was not sure what kind of country Myanmar was. Therefore, it is a very interesting country in terms of culture because it is a place where foreign capital is hard to reach. Of all the 60 countries I have traveled to, I think Myanmar is the kindest person in the world. I would like to introduce the reason with an episode.

What country Myanmar is? 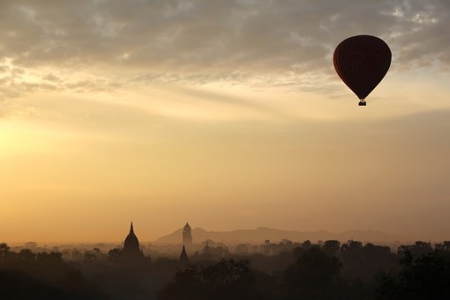 Basic information on Myanmar can be found online, but here I will list the things that impressed me while traveling in Myanmar.

・ The food is not delicious. It’s a country right next to popular dishes such as Vietnam and Thailand, so if you expect it, it’s a disappointing taste. I ate from a stall at a high-class restaurant for tourists, but it’s not good wherever I eat.

・ Myanmar is said to have the largest number of people wearing the world’s most national costumes. Certainly, men and women wear them in slightly different ways, but they wear long skirts with various patterns (called longyi). I also customized and purchased My Longyi.

-Myanmars’ living costs should be much lower than in other Southeast Asian countries, but prices for tourists are higher than in Thailand. In fact, many Burmese people have come to Thailand to work.

・ Most of the running cars, including buses and trucks, are Japanese cars.

・ There is almost no entertainment. I’ve never seen karaoke, bowling, or a bar.

・ The number of foreign products and foreign-owned companies is overwhelmingly small. Even if you go to a supermarket, most of the products are from Myanmar and imported from neighboring Southeast Asia.

・ Many Myanmar people are still living in poverty. Since there is no shower, I store rainwater in a large barrel on the side of the road and wash my body while hiding my body with a cloth.

・ There are no tourist attractions in Yangon, which was the capital until 2006. If you’re going to Myanmar, the archaeological town of Bagan and the summer resort Inle Lake are good places to go. You can see the wonderful nature and history of Myanmar.

Sightseeing in Myanmar is highly recommended. As mentioned above, while many countries in Southeast Asia are greatly influenced by Western culture, Myanmar still retains its original Myanmar culture. I think it is the shape of Asia that should be seen before the number of tourists increases and the culture changes like Thailand, and before the society changes. Many tourists to Myanmar, including myself, say Bagan is wonderful. I rented an electric motorcycle and enjoyed visiting the ruins from sunrise to sunset for a full two days. I don’t think there are many cities in the world where there are few modern buildings and the ruins are left in such a preserved state. With little extra light or modern technology, it’s a spectacular view that reverts thousands of years ago.

The kindest in the world 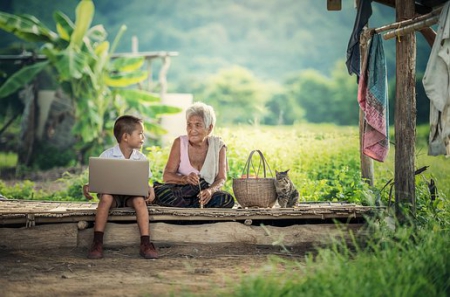 Then, I will tell you three things that actually happened, why such Myanmar people are kind.

It is equivalent to saying that there is no public transportation in Myanmar that tourists can easily use, so take a taxi when heading to the airport. I used it twice, from the airport to the hotel and from the hotel to the airport, but I wonder if they are both lucky or if all the Myanmar people are like this, the driver is a solid man who can speak English properly. Far from a suspicious taxi in some developing country, it looks reliable. The car is clean and pretty good. Perhaps most of the taxi passengers are foreigners, probably because many Myanmar people are still poor and few people use the airport. So, there was a moment when I was convinced that I could be trusted. When I arrived at the airport, paid for it, and tried to get off because it was a fun vacation, the driver said, “I’m paying too many customers, I’ll give it back.” The currency of Myanmar is called chat, but I wasn’t used to handling chat yet and gave the wrong amount. Normally, the driver will pretend to be squeaky and unnoticed and will not speak to you. However, I was surprised at this sincerity and seriousness even though it should not be a wealthy life. He left a good impression until the very end of the trip.

2. They let you use umbrellas if it’s too hot

There is a famous place called Golden Rock that seems to fall and does not fall, and as the name suggests, a huge stone is painted in gold, but it stops at a place where it is likely to fall from a cliff and does not fall, and many Myanmar People are gathering and praying. However, only men and girls are prohibited from touching the stone. Such a sight is on a small mountain, so you have to take a truck up and down a steep slope. When a crammed truck comes up the hill, it will drop people off, and then it will carry people down the hill, and I’m at a loss at the truck waiting area where I don’t know when and how many trucks will come. I was waiting for the truck. It was a hot summer and it was a summer in the summer. It is not easy to find shadows on the mountain, and the environment is likely to cause sunstroke. When I said it was hot, the lady next door lent me an umbrella! I wonder if she is a Japanese speaker, but she isn’t. Seeing how hot it was, he took care of us as strange Japanese tourists. It was kind and kind and I almost cried. If you just read this, wouldn’t anyone just lend an umbrella? But how many people in Japan can actually help foreigners in the same way?

3. Somebody will tell you the direction

I don’t know if this is the case in any country, but when I ask for directions in Myanmar, they teach me the way very hard. I can afford to help this person and guide him because I have time. When I am told to guide me in another country, I am worried that I will be asked for money after being guided, or that I will be taken to a strange shop, but this is not the case. I will guide you because I want to guide you. I want to help, so I will help. This kind of straight heart is transmitted. By the end of the trip, I was very attracted to the straight and pure eyes and the willingness to help others. 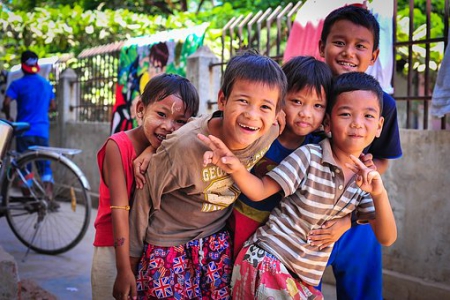 The fact that Myanmar people are so pure and unquestionably helped is more than just a sign of how peaceful Myanmar is, there is an opportunity to come into contact with more in the long history of seclusion. I think that what wasn’t there is paying off. I think that a country with economic development has become obsessed with thinking about how to make money, and someday it will not be possible to help people without profits. I feel that Myanmar people who do not have such a dirty heart have taught me about life.