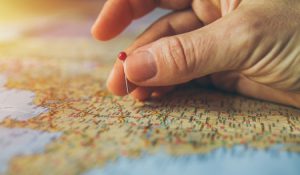 Between Europe and Asia

Ukraine is a country located between Europe and Asia. It is a land that has been politically tossed for many years, and there is a theory that the beauty of Ukrainian women was born as a result of the mixed race of many ethnic groups such as Ukraine, Russia, Poland, Belarus and Turkey.
Certainly, I think you can understand the claim that when various bloods are mixed, you become a beautiful woman.

Also, the cold winters in Ukraine are not as severe as those in Russia. In short, Ukraine is richer in vegetables and fruits than Russia and is easier to import from neighboring countries. Therefore, being able to take in abundant vitamins seems to be one of the factors that create beautiful women.
Many may be hereditary, but the long limbs, balanced style and beautiful blue eyes were especially impressive. 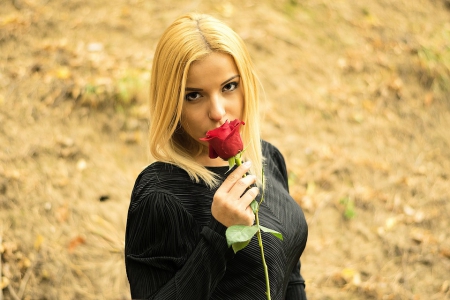 Russians have recently begun to smile in stores, but until a few years ago it was said that Russian beauties had an icy cold look. It’s true that when you get to know each other, they smile really nicely, but when it comes to meeting them for the first time, I got the impression that they were very cold.
In comparison, Ukrainian women are said to laugh a lot. Of course, when I went to Ukraine, I only met at restaurants and shops, but I had the impression that Ukrainian women have a lot of smiles. When a beautiful Ukrainian person showed me a cute smile, I myself seemed to jump up and misunderstand. I think a smile makes a woman look more beautiful.
I also had the impression that I was not shy and friendly. I was an obvious foreigner, but I didn’t feel any discrimination against foreigners, and he treated me naturally. In addition to beauty, such a natural attitude may make the impression of Ukrainian women better.

Ukraine is not an easy place for us to say, “Yes, let’s go to Ukraine.” In other words, there are few chances to see Ukrainian women.
There are many women in Ukraine who are politically unstable and want to leave Ukraine where they were born and move to nearby Europe or Russia, where they can speak, in search of a more stable life. Close to Europe, Russia has a preferential treatment system for immigrants from Ukraine, so it seems easy to move to Russia.
If there is an opportunity to meet Ukrainian women in countries other than Ukraine, they are likely to be the ones who have the opportunity to go abroad in search of a better life. In other words, they have the power to act. From such an image, some people may have the impression that Ukrainian women are strong. Its strength may have further refined its beauty.

Use whatever you can 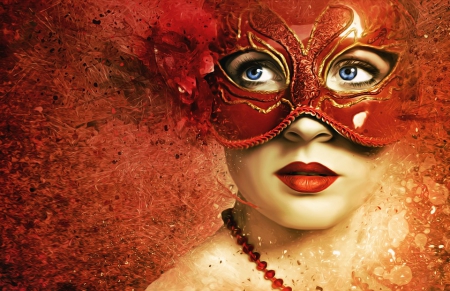 Ukrainian women seem to pay particular attention to their grooming to fulfill their desire to seize the opportunity for a more stable life. Some people may have the impression that European women don’t make up much, but Ukrainian women do make up well.
Natural make-up is common in Japan, but there is no such thing in Ukraine, and when you make up, you can clearly see that you are making up.

It seems that many people think, “If you don’t pay attention to yourself first because of the beauty of the appearance, you won’t have the opportunity to express the beauty of the inside or receive respect.” We use beauty as a weapon to live, rather than for someone else.
When you think about it, it is often said that in Japan, “human beings are not determined by their appearance.” Perhaps this is a politically stable and peace-blurred Japanese way of thinking.

Study Abroad in Japan!! How Do I Go To American University Without Going To USA?

Use your environment in advantage as much as possible