Many people think of Cambodia as Angkor Wat, which is also depicted on the national flag. Some may think that Angkor Wat is in the capital Phnom Penh because it is so famous. However, the fact is that Angkor Wat is not in Phnom Penh, but in the city of Siem Reap, which is about six and a half hours north of Phnom Penh by bus. Compared to Phnom Penh, the town is smaller and safer, so it is a very friendly city for tourists. You can also visit Phnom Penh by bus for $ 10 to $ 15 or by plane for around $ 20 to $ 50 without spending money. Here, I would like to talk about such Angkor archaeological sites. 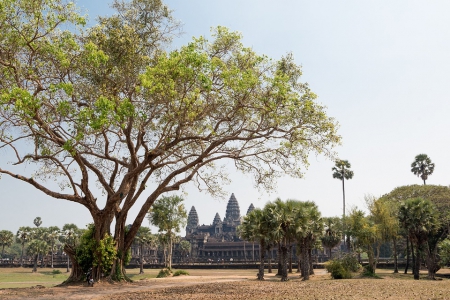 Angkor Wat is part of the Angkor archaeological site

The world-famous Angkor Wat is actually just one part of the Angkor archaeological site that stretches throughout the land. In addition, the temples scattered around the archaeological sites vary in age and religion.
Angkor Wat was built as a Hindu temple in the first half of the 12th century. The Ta Prom ruins, where the temple is eroded by trees and large trees seem to swallow the entire temple, were built as a Buddhist temple at the end of the 12th century and later converted into a Hindu temple. In addition, Angkor Thom, which was built as a Buddhist temple in the latter half of the 12th century, has 54 giant stone statues on each side at the entrance of Nandaimon Gate.

Takes one week to look around

Yes, if you compare Angkor Wat and Angkor Thom alone, there is a difference of about 70 to 80 years in the year they were erected, and there is also a difference between Hinduism and Buddhism. It would take a week to see all of them.
Last year I visited Siem Reap and had a Cambodian friend drive me around. Because the archaeological sites are very large, the temples are not within walking distance.
The Angkor Wat and Ta Prohm ruins mentioned earlier will also take two hours on foot. Therefore, I asked a friend to help me move and went sightseeing alone in the temple.

What Exchange Students Can Do For Work In Japan? Popular Jobs Are Definitely Language Teachers And Waiters!! 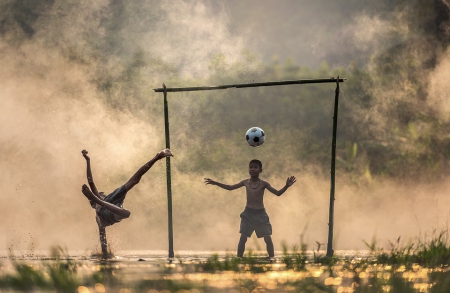 First of all, I visited the Ta Prohm ruins. I can’t forget the moment I lost my word when I saw the crumbling temple and the thick trees eroding it. The sight that spreads in front of me was like in a Ghibli movie.
I couldn’t help but feel the power of the trees that erode over the corridor, the thick trees that are said to be 300 to 400 years old, and the ruins that still stand.

After that, Angkor Wat was impressed by the many detailed mural paintings. The mural paintings in the first corridor are a story, and you read them like a long picture scroll.
Angkor Wat has three layers of corridors, from the first corridor to the third corridor. Climb to the top of the 3rd Corridor and look around, and you’ll be struck by the vastness of the Angkor archaeological site.

However, the third corridor cannot enter the special day of Thai Buddhism, “French Day”. This is a day that comes about once every 7 to 8 days, and Thai Buddhist believers go to the temple on this day to feed the monks. In particular, this day is considered to be an important day for observing Buddhist precepts. If you want to go, you should check in advance.
There are three types of admission tickets for the Angkor archaeological site: 1 day, 3 days, and 7 days. I didn’t have time so I bought a one-day ticket and went sightseeing. If you have time, it would be nice to have about 3 days. 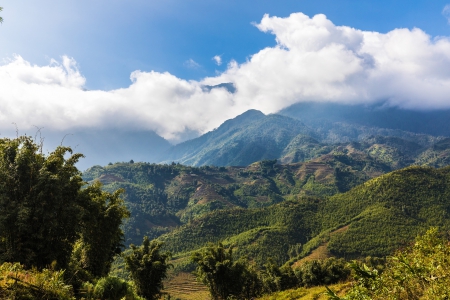 These two places I would definitely like to visit in Phnom Penh, Cambodia are Killing Fields and Tuol Sleng. The country of Cambodia has a heavy and dark past of mass slaughter by the Pol Pot administration during the Democratic Kampuchea era, which everyone knows 30 years ago.
Before the Pol Pot administration, the Kingdom of Cambodia was a very rich country, even called Paris in the Orient. But thirty years ago, he was killed in large numbers by his fellow citizens. The places where the claw marks remain are none other than the Killing Fields and Tuol Sleng.

The Killing Fields is located about 30 minutes by tuk-tuk from Phnom Penh. As the name implies, it is the place where the genocide took place.
People were killed in Ono and Nata by the people of the same country, and even babies were brutally struck by trees and killed. The tall building, which you can see as soon as you enter the Killing Fields entrance, displays the skulls of hundreds of victims, and occasionally even scraps of clothes worn by people at the time remain on the streets.

Tuol Sleng is located in the center of Phnom Penh, very easily accessible from hotels and guesthouses.
Originally a school, it was used for humanities, torture, and slaughter during the Pol Pot administration. The moment you enter, you will find that the heavy air is full, and the history will never be forgotten. There are rooms where the slaughter was actually carried out and floors where blood stains still remain, and photographs of the victims are displayed here and there.
You can also rent a Japanese audio guide machine through these two facilities. You can walk around the facility while listening to the sound, and there is also a bench where you can sit down if you feel sick.

You Can't Understand Everything About Your Foreign Partner!! You Just Need To Compromise!!

Living with history together

I went to both facilities alone. The room where the slaughter took place made me feel sick and couldn’t see everything, but it’s by no means a bright place. Behind the bright smiles of today’s cheerful and gentle Cambodians lies a dark and miserable past.
If you come to these facilities, Cambodia is a rich country that quickly stopped claiming compensation against Japan after World War II and supported Japan, and the tragic history that happened 30 years ago. Furthermore, I would like you to firmly understand that this is not another person’s affair, but can happen anywhere.
Near Tuol Sleng, there are many guest houses, places to eat and shops, and at night the locals eat on the premises. Seeing such a landscape, I am impressed that the Cambodian people coexist with a history that must never be forgotten.