When you take your baby overseas, you have to worry about what to bring. If you lose or forget something, you may want to buy it locally, but if you don’t know what kind of thing is in the first place, you may be in trouble.
My husband is Belgian, has a son who is almost eight months old, and now lives in Beijing, China. I came to Brussels, Belgium from Beijing, China to take me to my son’s husband’s home. Here, I would like to go to a very popular supermarket and look around for baby items and talk about some of the European baby items that I felt. That said, Europe varies by region, so I’m only talking about Belgian baby products here. 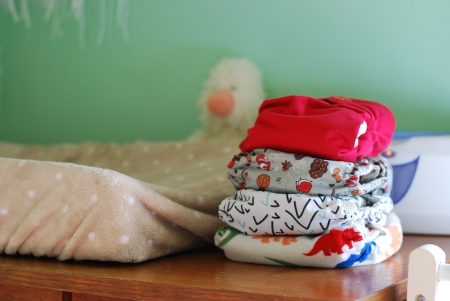 You don’t want to bring too many diapers!!

If you go out with your baby, you may be worried about your worries. In particular, Japanese diapers are said to be of the highest quality in the world, and we see Japanese diapers everywhere in Beijing, where we live.
When traveling with a baby, even if you think you need a diaper, if you try to bring the diapers you need during your trip, it will be a lot of luggage. We wanted to bring only the diapers we needed on a plane from Beijing to Brussels and buy what we needed in Belgium.

In Beijing, we basically use Pampers. There is no particular commitment, but I think that Pampers, which has a high reputation worldwide, is safe.
I saw Pampers at this supermarket. There are two types of Pampers: general green ones and higher quality emerald green ones. Here you can see a typical green pampers. It may depend on the store and the region, but no other Japanese manufacturers have seen it yet. However, quite a few Japanese diapers are available in Belgium. The size is not newborn, S, M, L, etc. as in Japan, but becomes 1, 2, and 3 next to newborn. My son is about 8kg and medium size, but here 3 of 6-10kg was the appropriate size. 3 was 100 euros for 27 euros (about 3,500 yen, 35 yen per sheet). By the way, in Beijing, 64 pieces will cost 99 yuan (about 1.650 yen, 16 yen per sheet).

They are not as soft as those in Japan…

Premium is as 10 euros for 52 sheets (approximately 1,300 yen, 25 yen per sheet), and non-premium is 56 euros for 7 euros (about 900 yen, 16 yen per sheet) .
I purchased diapers that are commonly used here because I don’t care much about diapers and because Pampers are also imported and expensive. Then, you say that you are stiff, I got a harder impression than Japanese diapers. At least not soft.
Also, there is no pee sign, whether it is a diaper of this brand or Pampers. Japanese things have this pee sign as usual. I don’t mind relying on this sign from the beginning, and I don’t mind if I don’t need it. May be better.
I was worried about this stiffness, so after using this premium for a few days, I switched to Pampers. Price is high, but soft is better! Even adults, for example, women wouldn’t like having a stiff sanitary napkin … but later on, they found something cheaper and softer in a shop called ALDI, so I started using it. The price doesn’t seem to matter much. 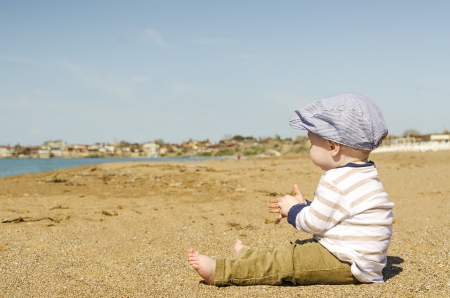 If you go abroad with a baby who is eating baby food, you will also think about what to do with baby food. It is still good if you can cook yourself, but if you make baby food yourself, you will need to buy vegetables and fruits, boil and crush them, so you may not be able to do it overseas. .
A variety of baby foods are sold here, at least here in Belgium. We are in the Dutch-speaking region of Flanders, but there are many baby foods made in the Netherlands. I gave birth in Beijing and returned to Japan when my son was two months old, but at that time I was not interested in baby food, so I don’t know exactly what baby food is being sold in Japan. However, here there are many Western-style baby foods, such as the taste of pasta with beef and tomatoes. Most of them can be eaten mainly after 6 months or 8 months, and only 6 months baby food is very small. Therefore, if you are not 6 months old, you may want to bring it from Japan. Fruit puree is fine from 4 months.

Earlier, I talked about the fact that Europe is not a rice staple area, and there is almost no porridge baby food. As you can see, baby food varies from country to country.
For example, in China, where we live, we use rice as a staple food like in Japan, so porridge baby food is sold as a matter of course. Among them, I have seen dated rice porridge and walnut and black sesame porridge for Chinese style porridge. I thought they were so funny that they also fed them (especially walnuts and black sesame)! In this way, baby food has regional characteristics, so it may be a good idea to give your baby something special in that area.
By the way, some of the Belgian rice cereals have vanilla flavor. Why combine rice with vanilla is a mystery to me. 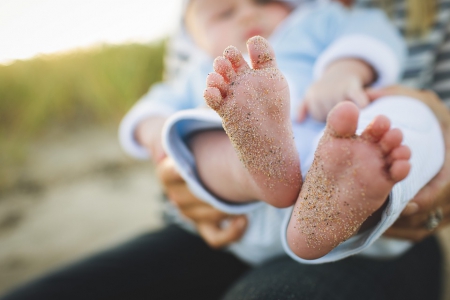 If you take your baby abroad, you’ll be worried about which clothes to bring. In Beijing, where we live, temperatures as high as 38 degrees at the end of June are commonplace. There are days when the humidity is high, not every day, but there are days when walking outside makes you sweaty.
Meanwhile, Belgium has a very cool climate, with temperatures below 30 degrees Celsius. My son is short-sleeved in Beijing, our apartment doesn’t have air conditioning, and we often have one T-shirt indoors.
However, we have brought various types of attire, including short-sleeved and long-sleeved baby clothes, at least in areas cooler than Beijing. Especially in airplanes, there was a possibility that the air conditioner worked and it was cool, and it is not unusual for Japan to have cool biz and air conditioning in summer is set at 28 degrees, but overseas there are many countries that do not care so much There is none. Therefore, it can be cold when you go to shops.

When you go abroad, you may ask a friend who lives in that country to check your clothes, such as “Is it okay with a T-shirt?” However, if you know the area, that’s fine, but if it’s your first time to go or you’re new to it, it doesn’t make much sense to ask locals.
Because humans judge clothes in the climate they are used to. For example, Japan is a hot and humid country, so people who are used to summer in Japan may feel cold when going abroad. But for the people of the country, the climate is hot and sometimes the sensations do not fit. Before actually coming to Belgium, her husband told her stepmother that “Beijing is hot,” and they said that “Belgium is too hot” “Recently it’s too hot and I don’t want to go out.” But for us the climate here in Belgium is very pleasant. For example, this morning I put my son in a stroller and walked for about 20 minutes, went to a nearby supermarket, but never sweated.
Therefore, if you want to know the climate of the area you are traveling on, you should only check the temperature and humidity of the area yourself. It doesn’t make sense to ask people who live in that area if their senses are different.

Buy them in that country!! 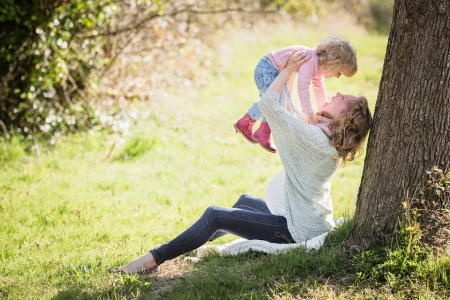 When you travel abroad with your baby, you may be wondering what to bring and how long to carry. There are things that are too hard to take too much.
If you are familiar with something you can bring it, but you can buy it locally if you need it. There are some things you can buy when you go to a supermarket, so when you prepare your baby’s luggage, thinking about “buying it locally when it’s gone” is also a fun point to travel.